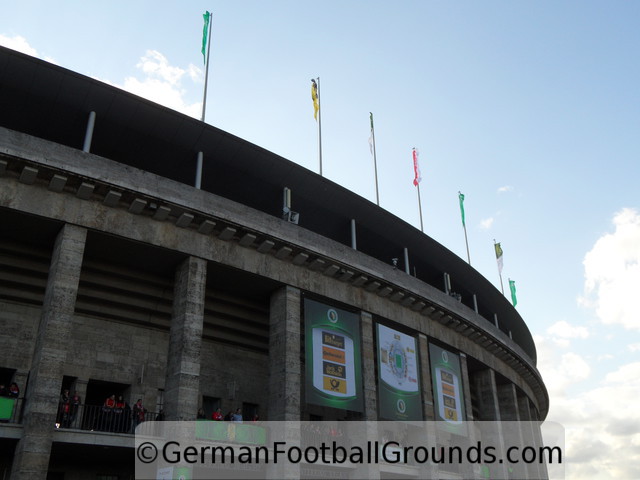 The Olympic Stadium is a real old-school stadium but unlike other stadiums, for example Nürnberg's Grundig-Stadion, it still shows and in a good way. Before the present stadium, there was another stadium built for the 1916 Summer Olympics, the Deutsches Stadion, but it was replaced by the the present stadium which was built for the 1936 Summer Olympics. The stadium underwent a massive reconstruction in time for the 2006 World Cup, where the stadium hosted a total of six games, among these the final between Italy and France where Zinedine Zidane headbutted Marco Materazzi. Nowadays, the stadium has a roof made of transparent panels, which basically covers all seats, though you might still get wet in the front rows of the lower tier. Architecturally the stadium is quite impressive and still shows that it was constructed in the Third Reich, featuring lots of natural stone.

The new Olympic Stadium is, quite unsual for Germany, an all-seater and though it is not the biggest stadium in Germany, currently second to Dortmund's Signal Iduna Park, has the highest all-seated capacity, allowing 74,500 spectators. The stadium features two tiers running around the whole stadium, with the exception of the Marathon Goal in the weast, which has a view on the Bell Tower above it. In between the tiers, there are 113 executive boxes. In general, you can see the pitch well from all places, but due to the stadium still having a race outer track, especially the places in the front of the lower tier are not that great. Due to the terraces not being overly steep, the places on the back of both tiers are quite far away as well. The best view, thus, can be had from the front rows of the upper tier.

Berlins's supporters are situtated in the east (Ostkurve), blocks Q, R, S and T as well as parts of blocks 37 and 38 in the upper tier. Visiting supporters are accomodated in the west, blocks G and H and, if needed, additionally in block f.

If you come by car, the address of the Olympiastadion is "Olympischer Platz 3, 14053 Berlin, Deutschland".

The Olympiastadion is connnected very well by public transportation and your ticket can be used to travel inside the Berliner Verkehrsbetriebe (Berlin Transport Company, BVG), so this is the easiest option and the one I recommend.

The U-Bahn (underground) U2, direction Ruhleben, crosses the whole city center, with stops at Alexanderplatz, Potsdamer Platz and Zoologischer Garten and then stops at the Olympiastadion. The trip takes, however, just a couple of minutes short of an hour from Alexanderplatz.

Both from the U-Bahn and the S-Bahn you are just a couple of minutes walk away from the stadium.

The stadium is about 8 miles outside the city centre. If you are inclined to attempt this walk, have a look at the route on Google Maps.

The Olympic Stadium has the highest all-seated capcaity in Germany. This fact combined with Hertha's not overly great performance in the last years means that games are rarely sold out, the usual exception being visits from Bayern München and, recently, Borussia Dortmund.

You should be able to get a ticket via Hertha BSC's ticket shop. If a game is sold you might of course still try your luck on Viagogo but Hertha BSC does not officially cooperate with Viagogo. 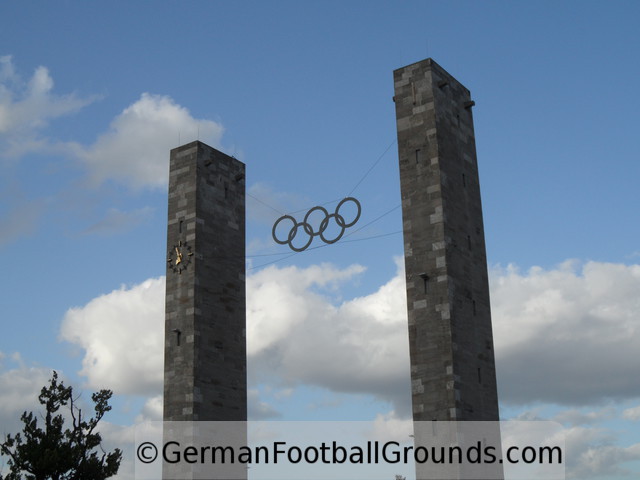 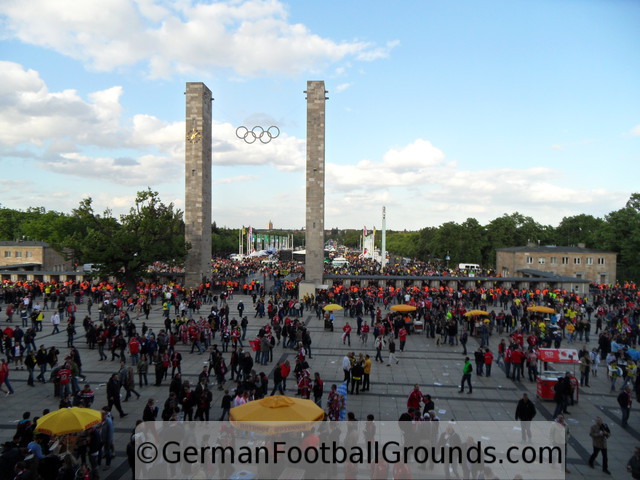 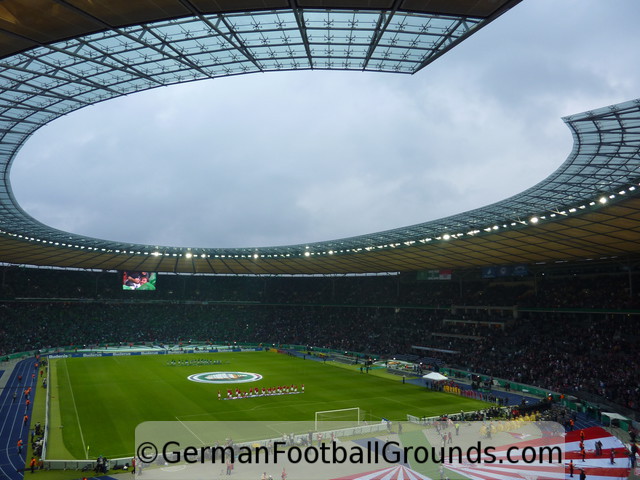 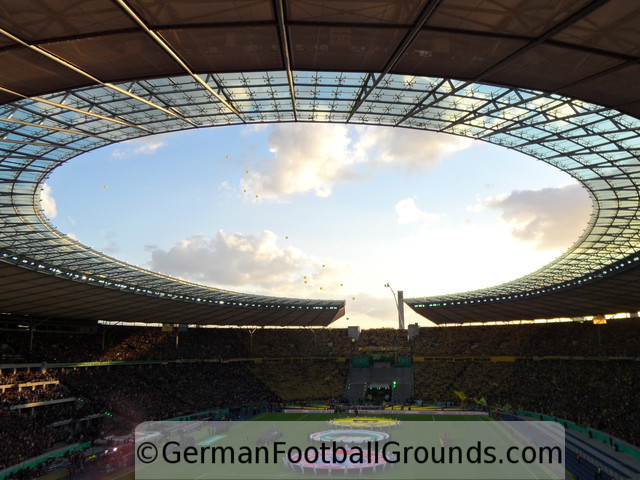 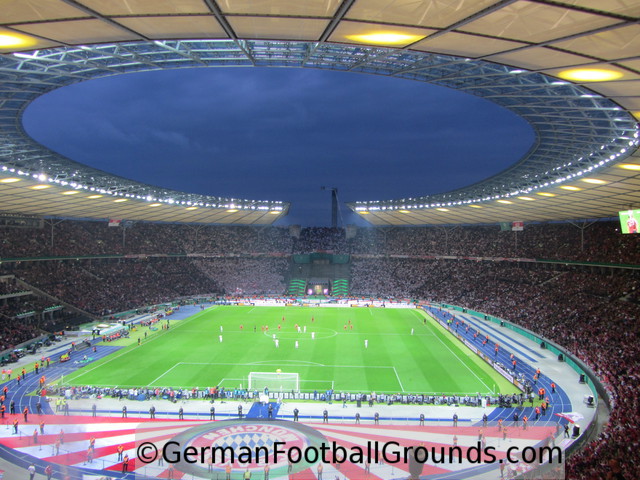 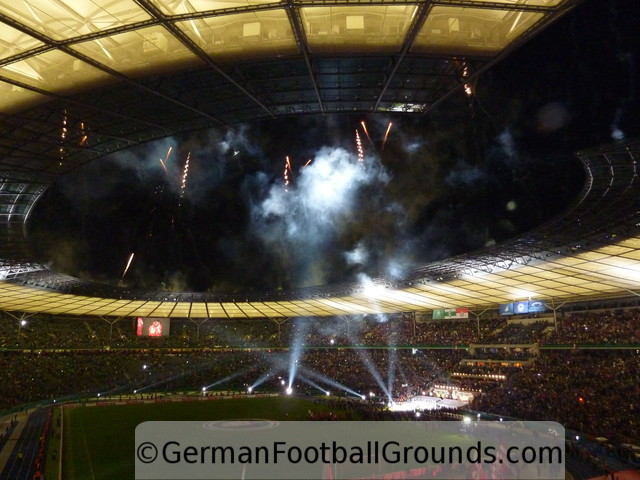