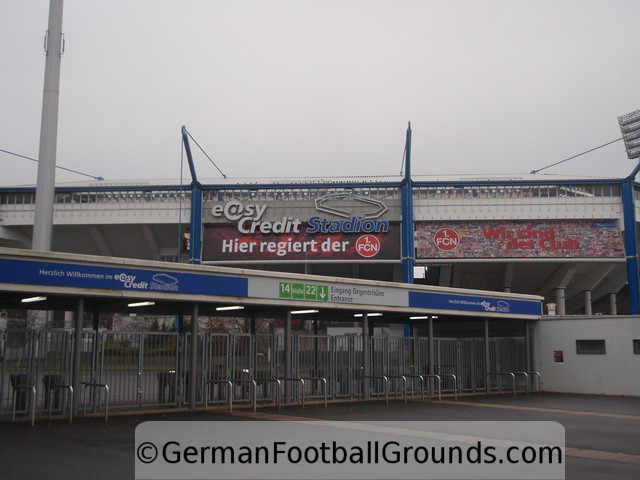 Even though the Max-Morlock-Stadion has been opened in 1928, the stadium today bears no resemblance to the original stadium, a classical case of the Theseus' paradox. The most recent grand renovation took place in time for the World Cup 2006 in Germany and cost around 56 million €. Despite this major investment, the stadium still features a race outer ring, resulting in the spectators being quite far away. Due to the second tier coming down very low, if you're high up in the lower tier you can barely see from one goal to the other.

Still, it is, at least from the inside, a refreshing diversion from the newly built look-alikes and you can even make out the ocatogon shaped layout from the inside. While the lower tier is basically circumferential, the upper tier is discontinuous as the main stand is not connected to the rest of the stadium.

If you come by car, the address of the Max-Morlock-Stadion is "Frankenstadion 1, 90471 Nürnberg, Deutschland".

There are quite a lot of parking lots (for example at the fair) around the stadium and if you arrive in time, you should not have problems being able to park quite close to the stadium. Departure after the game may of course take some time then.

If you arrive at the main station, take any train of the S-Bahn 'S2' towards 'Feucht' or 'Altdorf' and exit at the station 'Frankenstadion', the journey should take around 8 minutes. You should have no problems finding the stadium from the S-Bahn station. There are other ways to reach the stadium as well (bus, tram), but taking the S-Bahn is by far the most convenient one.

Tickets allow you to travel to and from the stadium from 4 hours prior to kick-off until end of business day inside the huge transport association greater Nürnberg (Verkehrsverbund Großraum Nürnberg). If you don't have a ticket, a single ride is 2.5 €.

The stadium is around 3 miles from the main station. Follow this Google Maps route if you intend to walk.

The average attendance in Nürnberg is around 85 % and rarely are games sold out. However, you can count on the 'Bavarian derby' versus Bayern München to take place in front of a sell out crowd. The local derby against Greuther Fürth in the season 2012/13 was sold out as well, Dortmund is currently a good pick for a full house as well.

For most games you should be able to get tickets through Nürnbergs own ticket shop (German only). Additionally, Nürnberg has a cooperation with Viagogo.

The Under-23 team plays its home games in the stadium as well, so that's a possibility too, though the attendance is very low for these games and opposition in the Regionalliga Bayern (4th division) is mostly not very attractive. 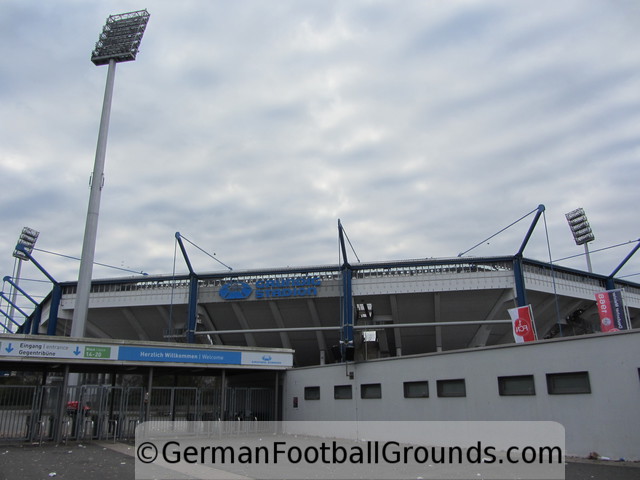 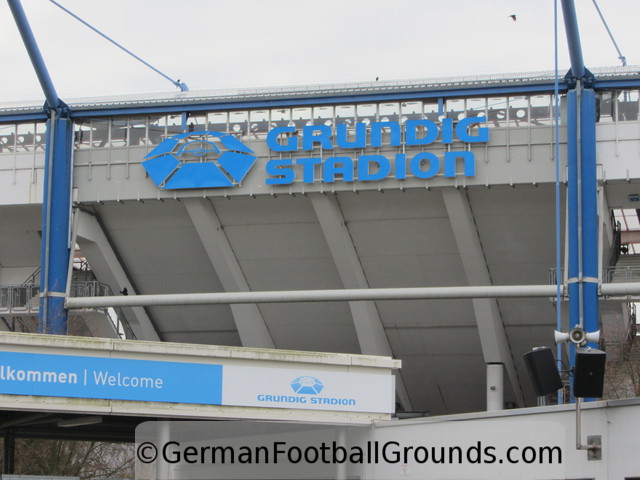 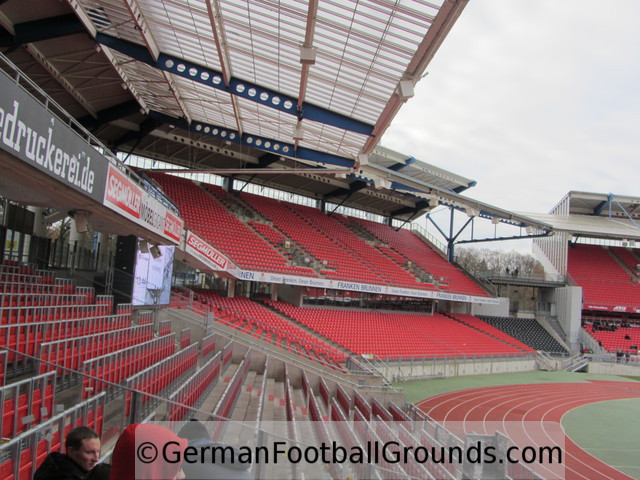 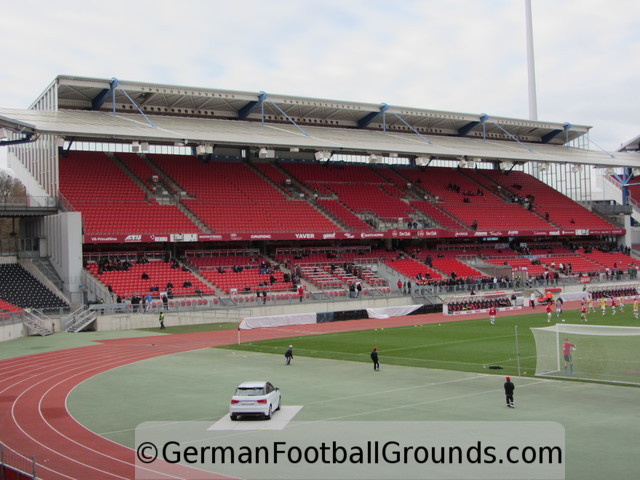 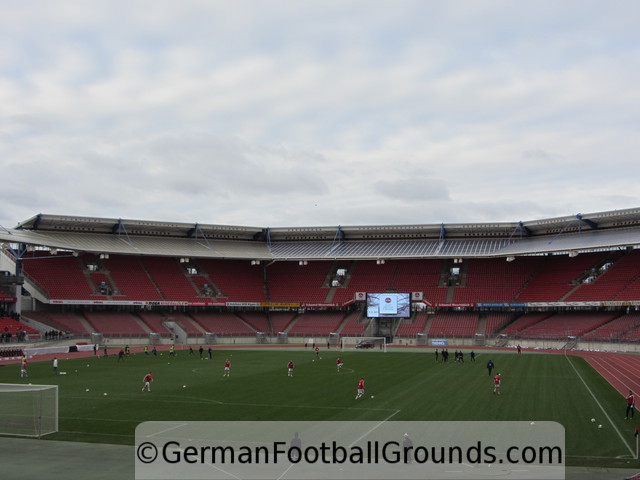 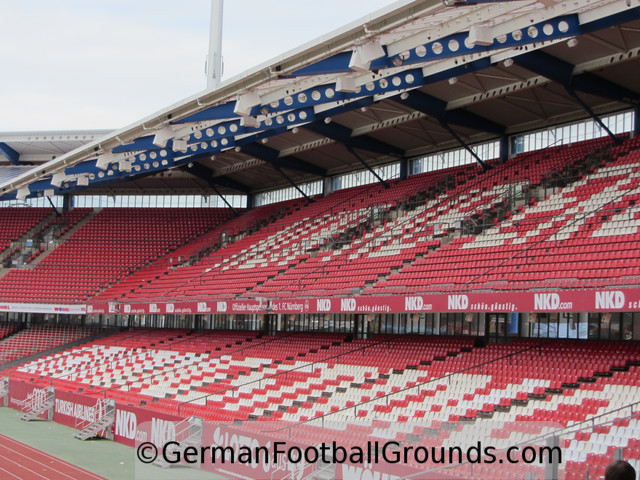 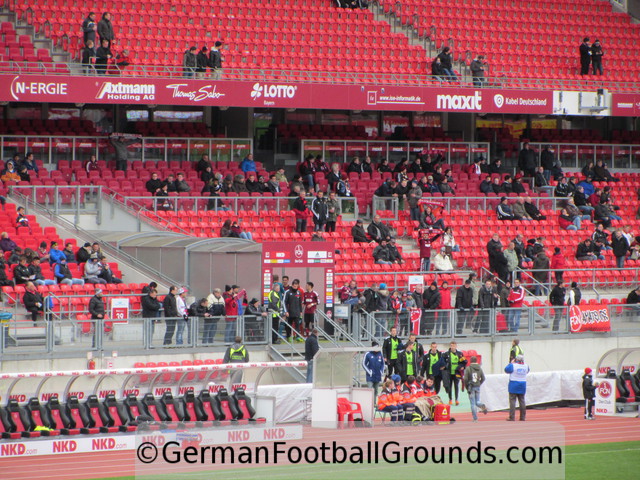 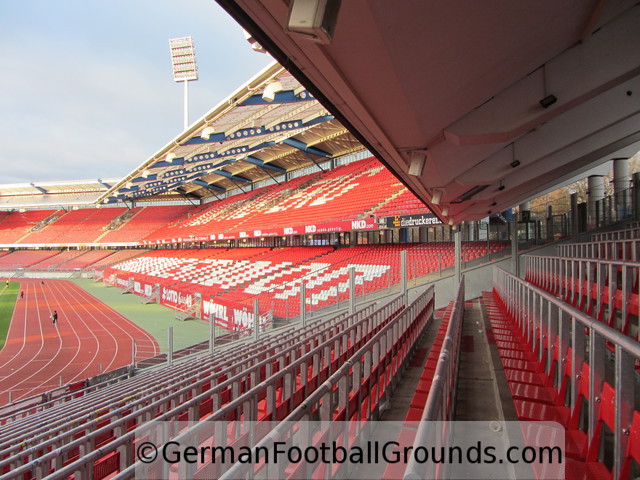 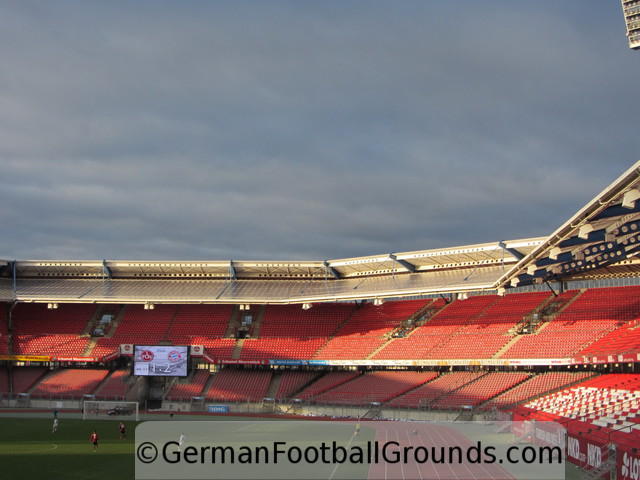 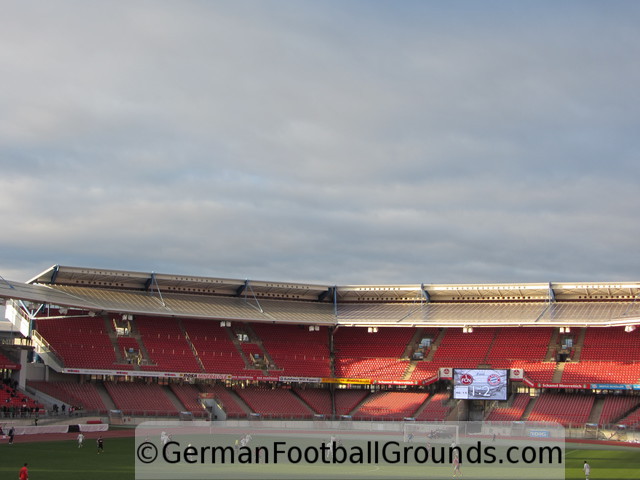 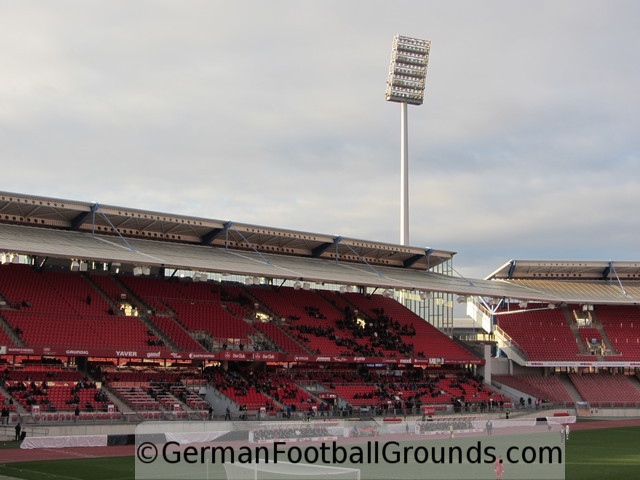 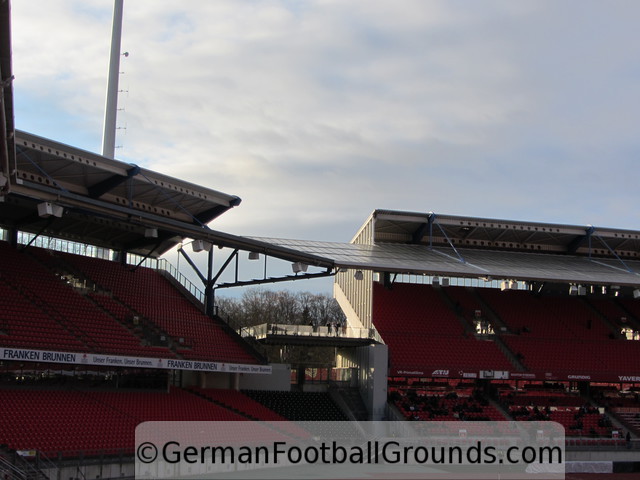