Freiburg's stadium is called Mage Solar-Stadion since 2011. For the longest time, it was named Dreisamstadion due its location on the banks of the river Dreisam, before being renamed to badenova-Stadion between 2004 and 2011. For many years, it was the smallest stadium of the Bundesliga and even after the promotion of Eintracht Braunschweig to the first division, whose Eintracht-Stadion has a capacity of only 25,540, it was the smallest venue in the Bundesliga.

The stadium is a pure football venue and allows only 24,000 spectators for domestic matches, during international games only 18,000 spectators are allowed to watch. The smallest stand is the north stand, which is standing space only. The south stand on the opposite side of the pitch is the only two-tiered stand with standing space, partially reserved for visiting supporters, in the lower tier and seating space in the upper tear. Additionally, it is the only non-cantilevered stand, howver in general the pillars are quite unobtrusive.

If you come by car, the address of the Mage Solar-Stadion is "Schwarzwaldstraße 193, 79117 Freiburg im Breisgau, Deutschland".

However, there are virtually no parking spaces at the stadium, because its situated with one side on the river Dreisam and on the other sides with either other sporting venues or a residential area.

Your options are to either try the 'Pädagogische Hochschule' (college of education) at the address 'Kunzenweg 21, 79117 Freiburg im Breisgau', from where it's just a short walk to the stadium, or any of the Park + Ride parking lots.

The stadium is located about 3 miles away from the main station, so unless you have some time on your hands, just take the tram line 1 towards 'Stadion' or 'Lassbergstraße' and exit at the station 'Römerhof', which should take you around a quarter of an hour.

Tickets allow you to travel to and from the stadium from 3 hours prior to kick-off until end of business day inside the Regional Traffic Association Freiburg (Regio-Verkehrsverbund Freiburg (RVF)). If you do not already have a ticket, a single trip from the main station costs 2.20 €. %>

The walk is quite straightforward, although a bit lengthy. Exit the station to the east towards the city centre onto Bertoldstraße. Follow it as it changes into Salzstraße, turns gradually to the right and changes first into Oberlinden, then Schwabentorring. Once you reach the river Dreisam, follow the B31 to left and over the river. When the B31 goes into a tunnel, keep left and head straight onto Schwarzwaldstraße, which will bring you directly to the stadium.

Freiburg has a tiny stadium and plays good football, the result is that the average attendace is quite high. Nonetheless, for most games you can expect tickets to go on general sale, with the usual exception of games against top teams. The games currently on sale can be accessed through Freiburg's ticket shop.

If a game is sold you might of course still try your luck on Viagogo but Freiburg does not officially cooperate with Viagogo. 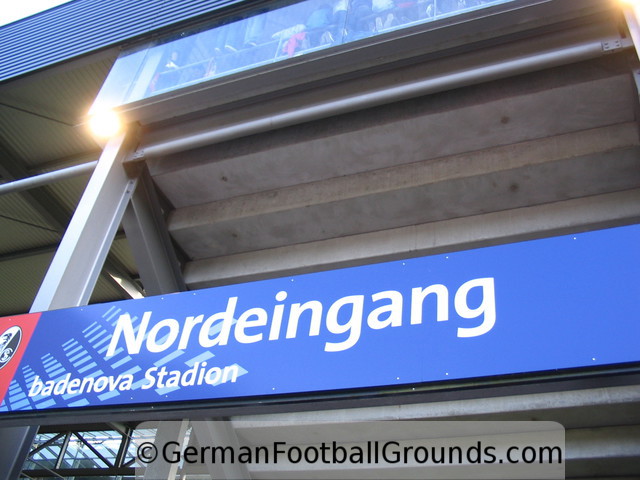 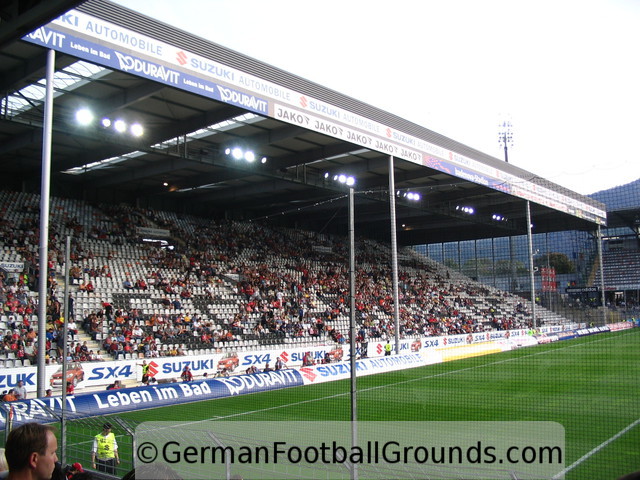 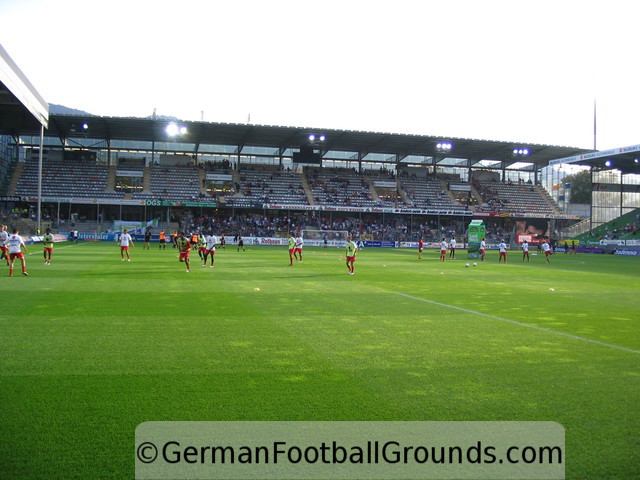 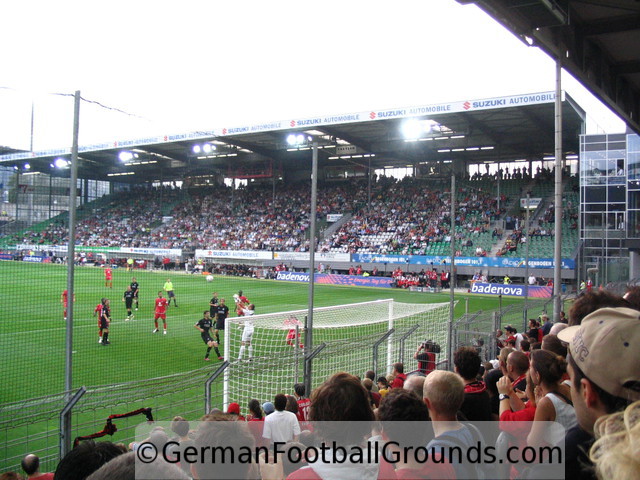 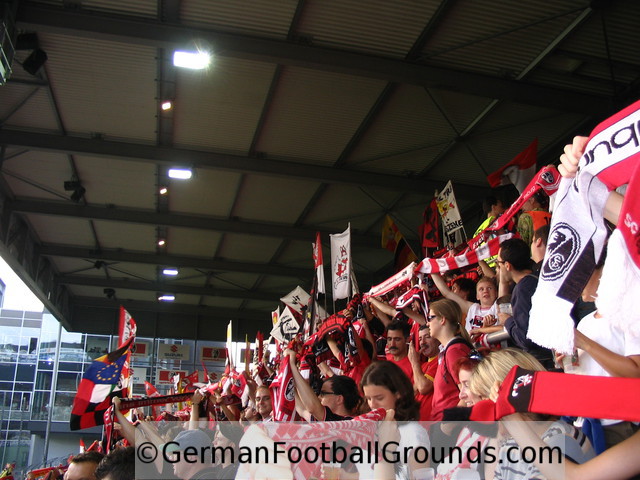