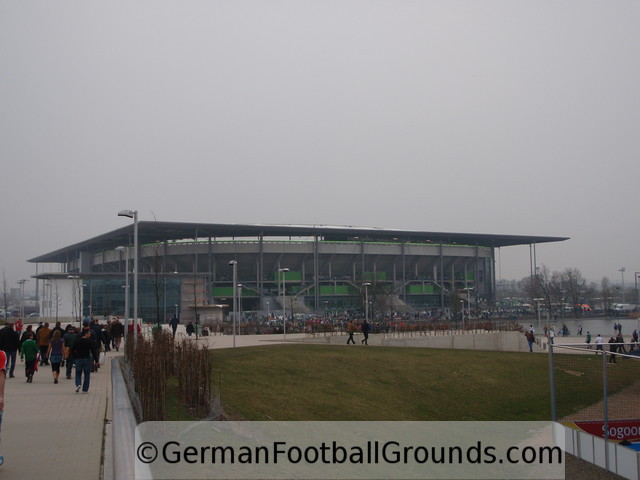 The Volkswagen Arena, of course named after automobile manufacturer Volkswagen, was finished in 2002 and replaced the VfL Stadion. While the old stadium could accomodate 20,500 spectators, the new Volkswagen Arena has a capacity of 30,000, of which 8,000 places are standing only and the other 22,000 are seating space. The stadium is comparable to other new constructions like Augsburg and Hoffenheim, although it is, unlike the other two, two-tiered.

If you come by car, the address of the Volkswagen Arena is "In den Allerwiesen 1, 38446 Wolfsburg, Deutschland".

There are a couple of parking lots around the stadium and you should have no trouble finding a parking spot, for example in the Allerpark (Allerpark 4, 38448 Wolfsburg, Deutschland), which is only a couple of minutes walk away from the stadium.

No need to use public transportation in Wolfsburg itself, the stadium is only about half a mile away from the main station - see walking directions.

Leave the station, turn left and cross the Aller on the Stadtbrücke (city bridge) and you should already see the stadium.

These are normal ticket prices for Bundesliga matches for price category 3, which most games belong to. Top games have higher prices and prices are, of course, subject to change.

After winning the Bundesliga in 2008/09, the stadium was regularly packed and about half of the games were sold out. Since then, interest has dwindled a bit and only a handful of games are sold out, mostly the games against the usual suspects Bayern and Dortmund. Still, the average attendace is quite high.

For nearly all games you should be able to get tickets through Wolfsburg's own ticket shop (German only). 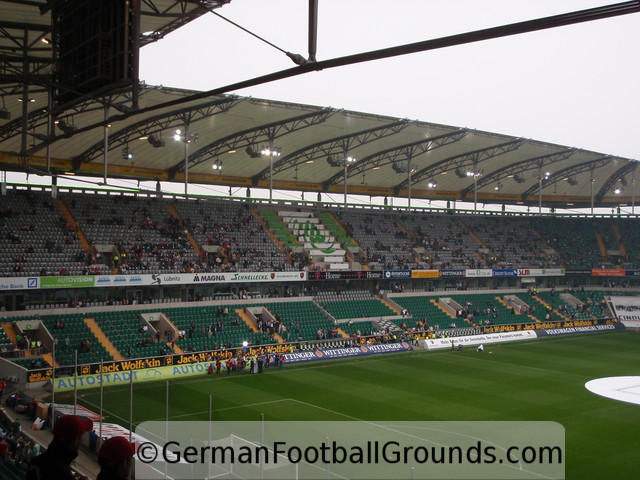 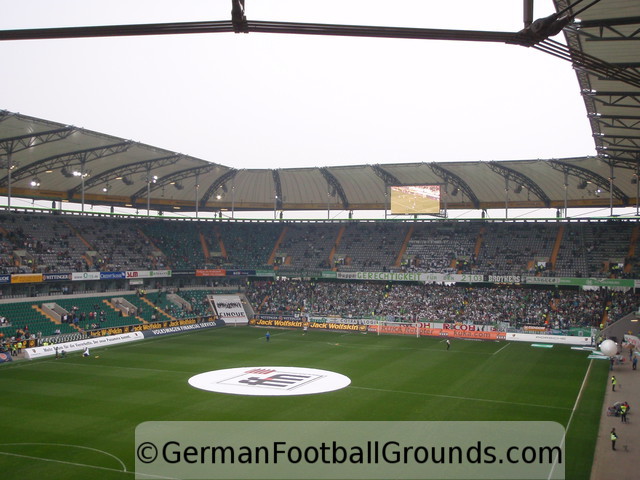 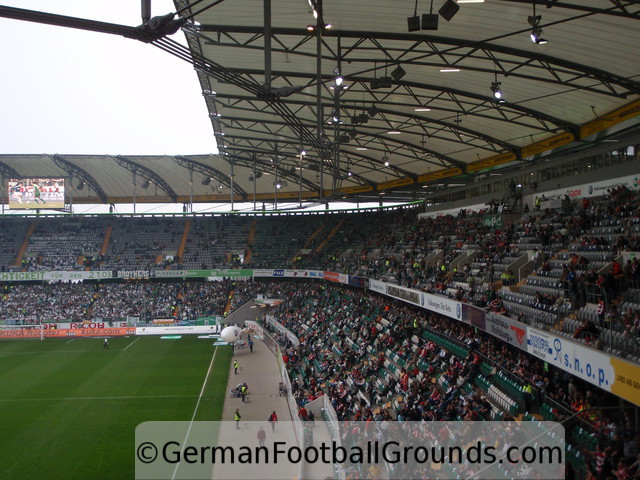 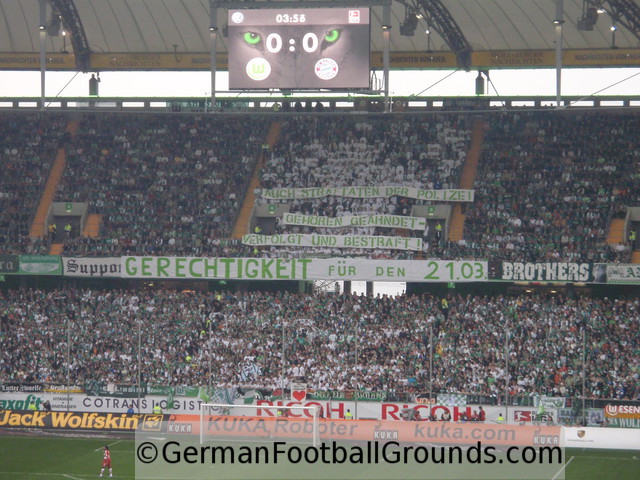