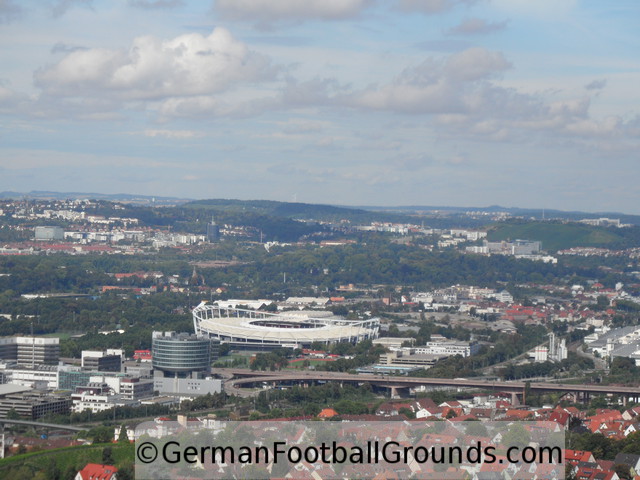 Nowadays called the "Mercedes-Benz Arena" after the eponymous automobile manufacturer, the stadium was previously know as "Gottlieb-Daimler-Stadion" after the automobile pioneer Gottlieb Daimler (1993-2008), "Neckarstadion" due to its location close to the river Neckar (1949-1993), "Century Stadium" during the post-war time (1945-1949) and in the beginning "Adolf-Hitler-Kampfbahn" after the infamous dictator (1933-1948). Even more often than it has changed name, the stadium has been renovated or modified, more than half a dozen times.

Today, one can still see that the Mercedes-Benz Arena was not planned as a pure football stadium, even though the race track has been removed and all of the stands have been rebuilt. The last renovation took place while the stadium was in use and after the west curve (Untertürkheimer Kurve) had been razed and rebuilt from 2009 to 2010 the east curve (Cannstatter Kurve) followed from 2010 to 2011. The whole stadium is now two-tiered, a massive improvement to the previously one-tiered layout as even the higher places are now much closer to the pitch. On the upper tier, there are breaks between each stand while the stadium is fully connected on the lower tier.

Stuttgart supporters are situated in the Cannstatter Kurve (west) of the stadium, the lower tier is standing space and can accomodate 8,100 spectators. The opposite (east) curve is the Untertürkheimer Kurve, both curves are named for the borough of Stuttgart that lies behind the curve. On one of the long sides is the main stand, on the opposite side the "EnBW Tribüne", named after the electric utilities company. Both stands are basically identical, with the exception of media seats and executive boxe. On the EnBW Tribüne, the seats spell "STUTTGART" in white on red.

If you come by car, the address of the Mercedes-Benz Arena is "Mercedesstraße 87, 70372 Stuttgart, Deutschland".

There is a dynamic traffic management system that will guide you to appropriate parking spaces, however these tend to get very busy after the game, as does the whole area around the stadium, so going by car is not the best idea anyway. Many fans park on the other side of the river Neckar, for example in the Ulmer Straße, and then just take the short walk to the stadium. If you intend to do this, be prepared to park well in advance of the game.

Stuttgart has excellent public transportation and so you have different options: S-Bahn, underground, bus. I'll give you pointers to the two most popular methods to reach the stadium, via S-Bahn and underground. You can even take a scenic walk from the city center or the main station through Stuttgart's biggest park, the "Schlossgarten", however this is around 3 miles and will take you some time.

If you want to go to the stadium by S-Bahn, take any train of the S-Bahn "S1" towards "Plochingen" or "Kirchheim (Teck)", for example from the main station. Many fans exit at "Bad Cannstatt" and take a walk of around one mile to the stadium from there. You can, however, continue one stop further to "Neckarpark (Mercedes-Benz)", which gives you a walk of about half a mile. The choice is yours.

If you want to go via underground, your best bet is to take the U11, a special underground line that only runs on match days. It leaves either from main station or any of the station on the "loop" in the inner city. From the stop "Neckarpark (Stadion) it is only a couple of minutes to the stadium, you can't miss it.

Tickets allow you to travel to and from the stadium from 3 hours prior to kick-off until end of business day inside the VVS (regional transport authority of Stuttgart, "Verkehrs- und Tarifverbund Stuttgart"), which includes underground, busses, S-Bahn and even some regional trains. If you don't have a ticket, a single ride from the inner city to the stadium is 2.60 €.

The Mercedes-Benz Arena is rarely sold out, exceptions are mostly the greatest rival in the south, Bayern München, and in recent years Borussia Dortmund. On might suppose that this is mainly due to the changeful performance of Stuttgart in the last years, however even in the 2006/07 season, in which Stuttgart won the Bundesliga, only four home games were sold out, among them the last three when it became clear that Stuttgart had a good shot at the title.

For nearly all games you should thus be able to get tickets through Stuttgart's own ticket shop (German only). Additionally, Stuttgart has a cooperation with Viagogo for ticket reselling. 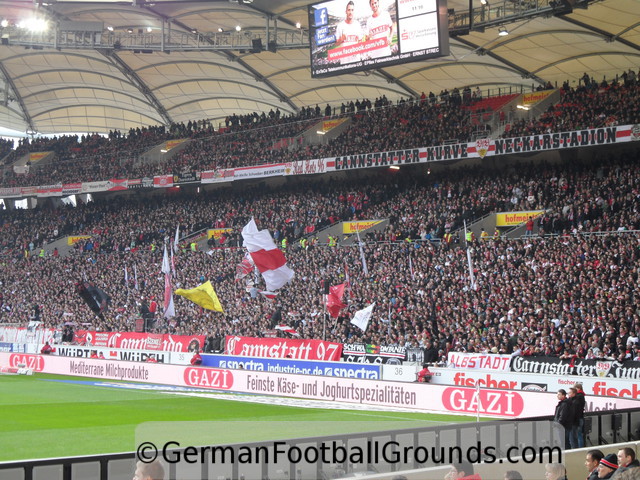 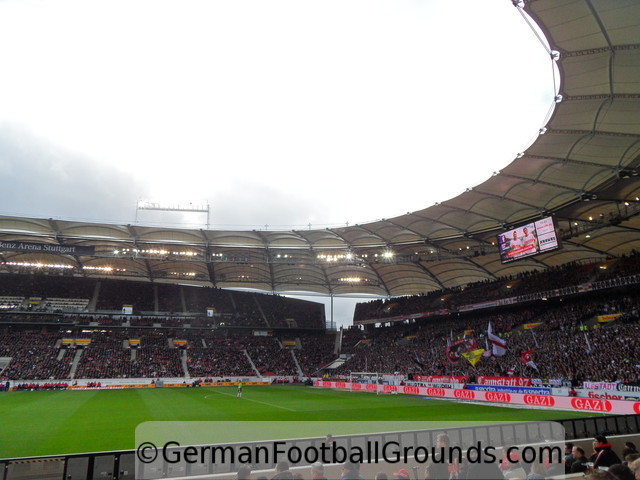 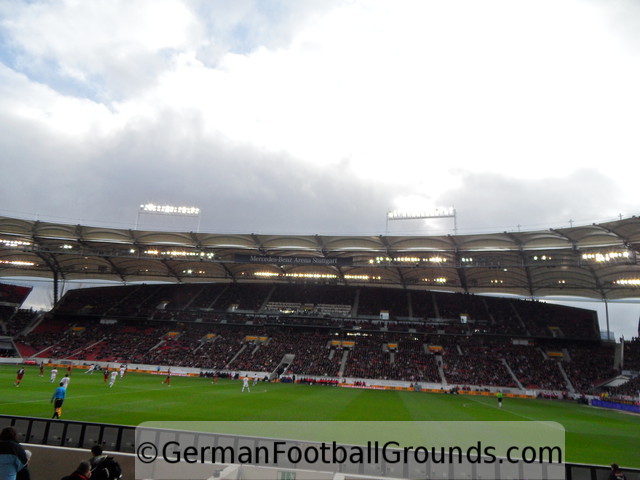 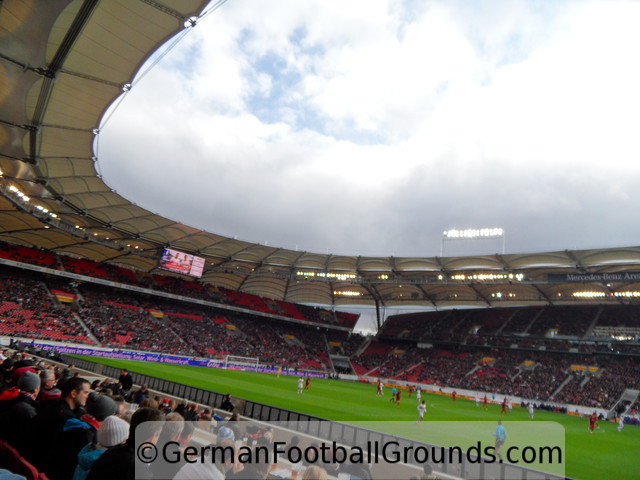 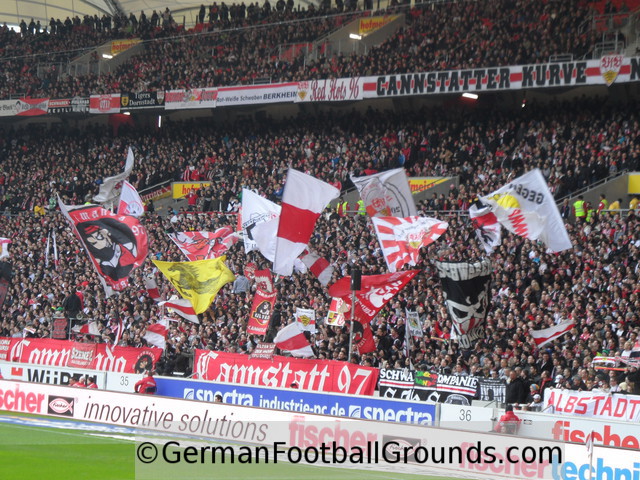 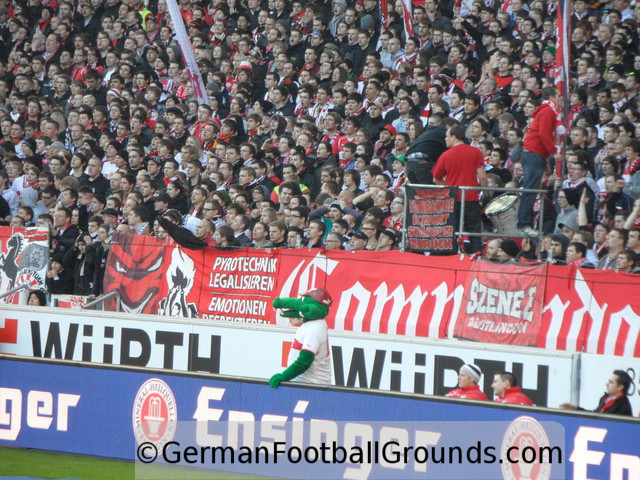 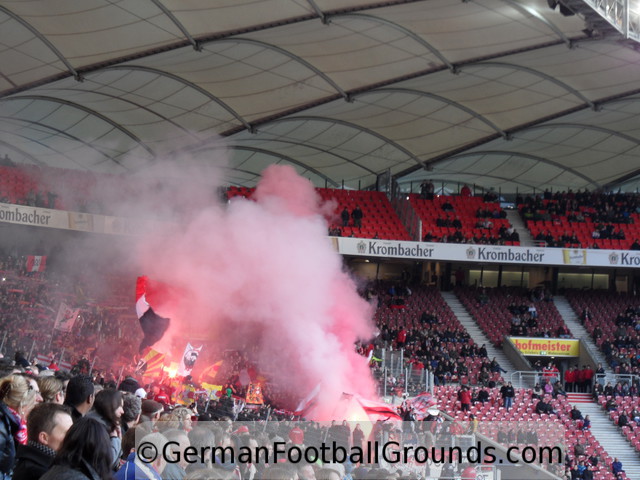 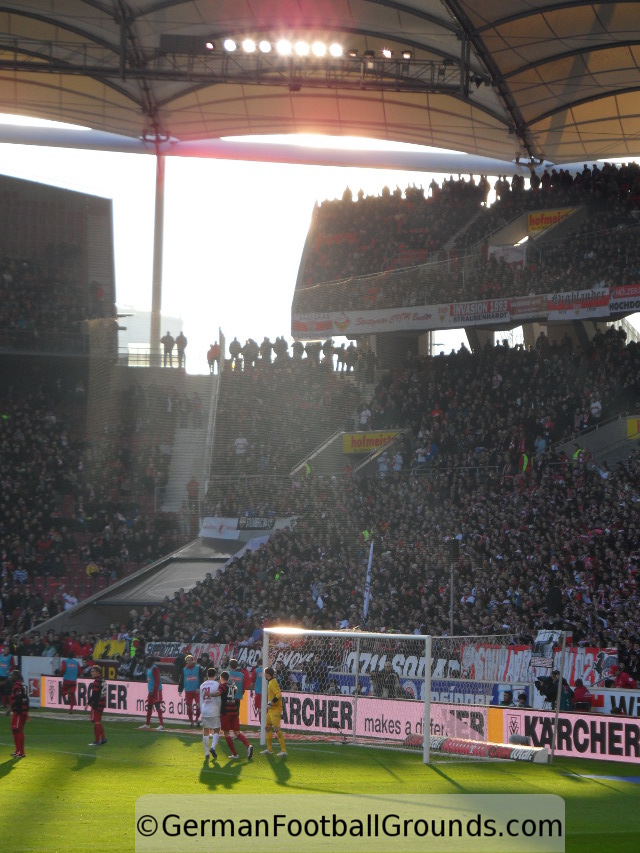