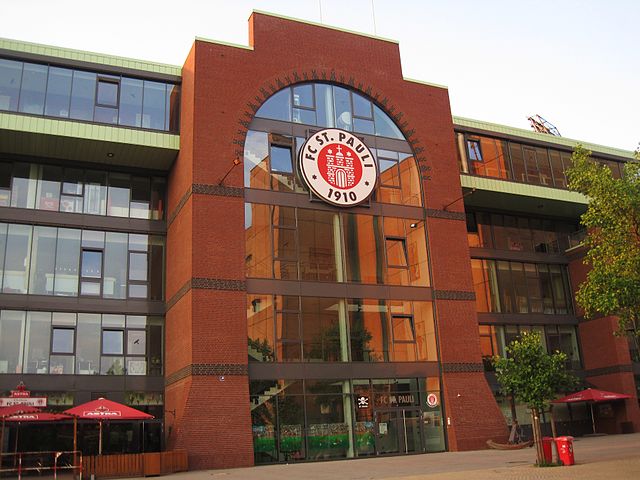 St. Pauli's home ground is called Millerntor-Stadion, after a gate to the city called the Millerntor and it will probably keep this name for a long time as club memebers voted in 2007 that the name shall never be sold or changed in order to acquire money.

Although football was played at the ground's location already after the end of World War I, the first stadium was erected only in 1963. Originally offering room for 32,000 spectators, this number was reduced over the years due to rising security requirements and in the end, only around 20,000 spectators were allowed. For a long time, St. Pauli had plans for renovations or the construction of a new stadium and finally in 2006 major renovations began, which resulted in single stands being razed and rebuilt one after another

As of January 2015, three of the four stands have been rebuilt: the main stand in the west, the opposite main stand in the east and the south stand, home of the St. Pauli supporters. The face of the south stand is quite nice, a brick and glass construction unlike many new constructions. On the inside, the stadium has improved muchly, although construction is not yet finished and the north stand is missing completely at the moment (you can see the construction's progress on the Stadium News page). The three already finished stands are huge compared to their previous state and all are fully covered. The corneres are open, except the one between south stand and main stand, which houses, among others, the VIP area and a day-care facility!

If you come by car, the address of the Millerntor-Stadion is "Harald-Stender-Platz 1, 20359 Hamburg".

There are various parking lots or car parks near the stadium, have a look at this map for details. If you are early, you might get a spot on Glacischaussee, which is just east of Heiliggeistfeld and only about a minute walk from the stadium.

The stadium is less than 2 miles away from the main station and you can easily reach it by taking a walk through the city center. Exit the main station to the west and head onto Mönckebergstraße and take right after about half a mile onto Ballindamm, which turns into Jungfernstieg. Follow the road, which gradually curves left until you reach Sievekingplatz, then take a half right and cross Heiliggeistfeld towards the stadium.

These are normal ticket prices, just for your orientation.

The Millerntor-Stadion offers room for nearly 30,000 spectators, which is quite spacious for a ground that mostly sees games in the 2. Bundesliga, but still St. Pauli sells out a number of home games and has a good average attendance.

Tickets can be obtained via FC St. Pauli's online ticket shop. St. Pauli does not cooperate with Viagogo, but if a match is sold out you can try your luck there. 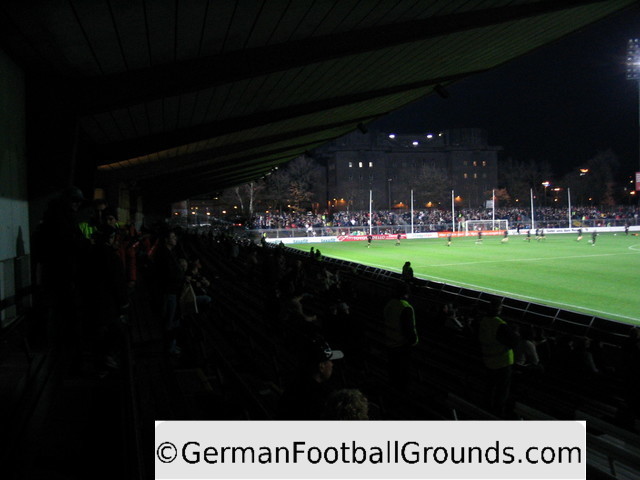 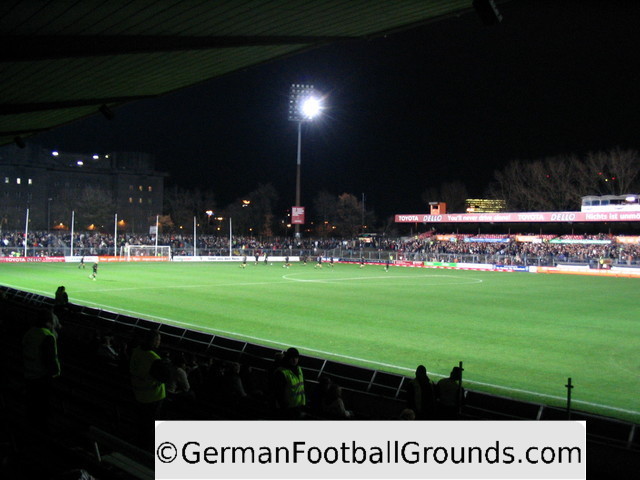 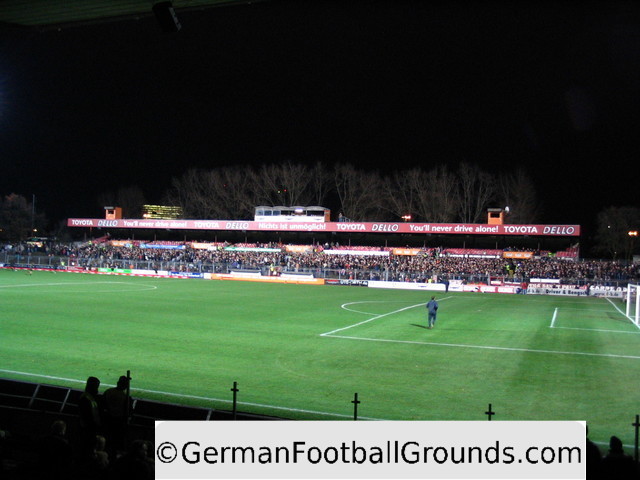 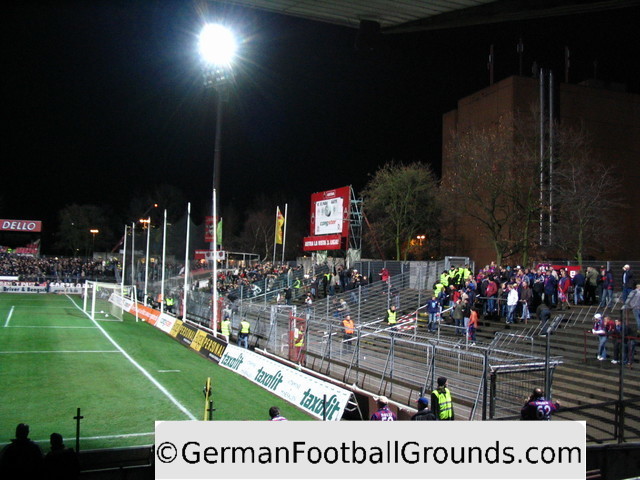