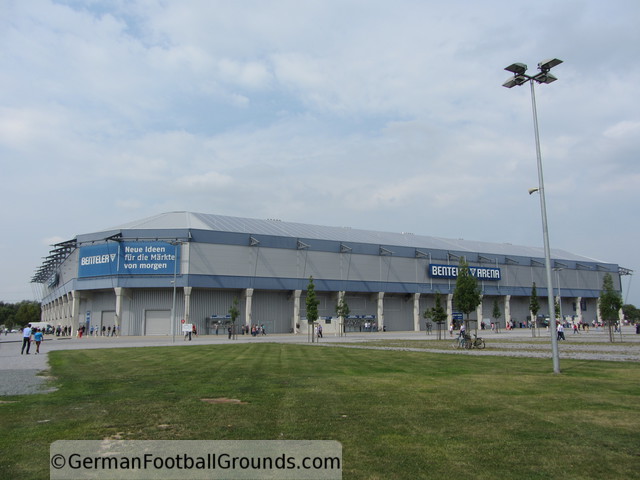 The Benteler-Arena is currently the 1. Bundesliga's smallest stadium, as it fits only 15,000 spectators. It supposedly holds another record, around 2,000 bycicle stands around the stadium seem to be European record. Another thing of notice is that due to complaints of residents, no events may be hosted after 22:00, which means Paderborn can't play home games on Friday (1. Bundesliga) or Monday (2. Bundesliga). I've got one more interesting fact for you: the Stadion Miejski w Gliwicach in Gliwice in Poland is basically an identical twin of the Benteler-Arena, with the exception of being an all-seater with a capacity of only 10,037 spectators.

The ground was meant to be a quick replacement for the ageing Hermann-Löns-Stadion, due to problems during the construction phase it took three years instead of half a year to finish the stadium and finally open it in July 2008. The stadium was built from scratch, quite unusal in comparison to other newly built stadiums is the inside: the playing field is level, but the lowest row of the stands is about 7 feet high, which results in excellent view on the pitch from all areas. Below the stands are the toilets, concession stands, etc. The stadium is fully covered and the stands on each side are identical, the corners are closed, so the stands are continuous. The stands on the long sides are seatings stands, the stands on the short sidesoffer standing space.

If you come by car, the address of the Benteler-Arena is "Im Quinhagen 100, 33104 Paderborn, Deutschland".

The ground is on the outskirts of the city, but as Paderborn is quite small, you can take a walk of a little bit about 2 miles in total, though there is nothing much to see on the way. From the main station exit, turn left and take a right at the first road into Rathenaustraße. Follow this road about three quarters of a mile until it ends, at the t-junction turn left into Neuhäuser Straße. After about 200 yards, take a gentle left into Elsner Straße. Just head straight on, let the road turn into Paderborner Straße and you'll eventually reach the stadium. 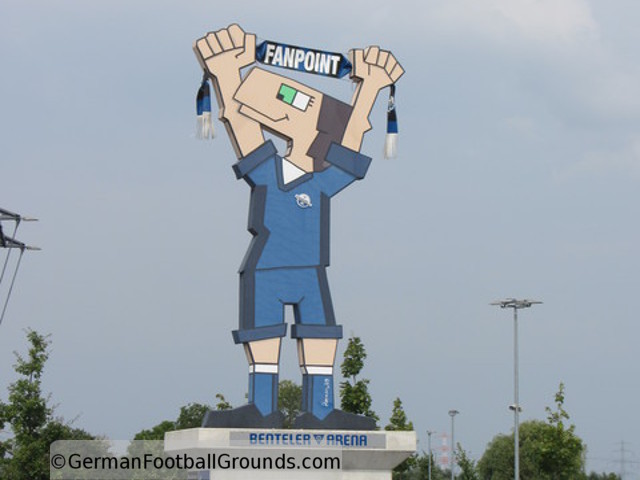 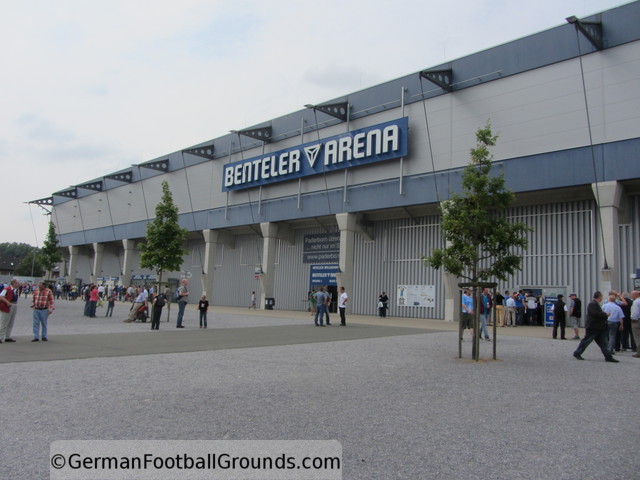 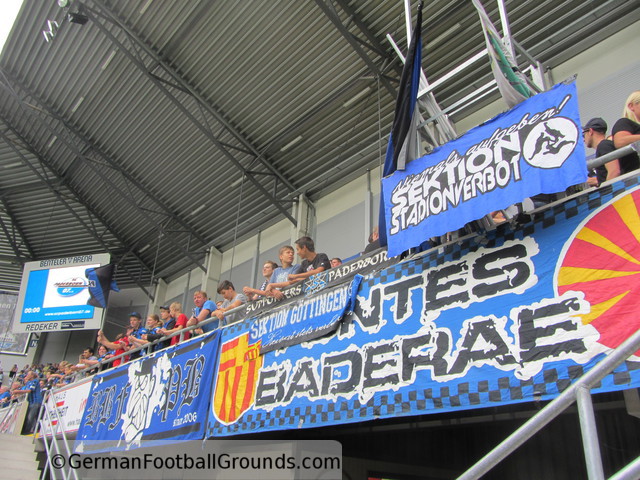 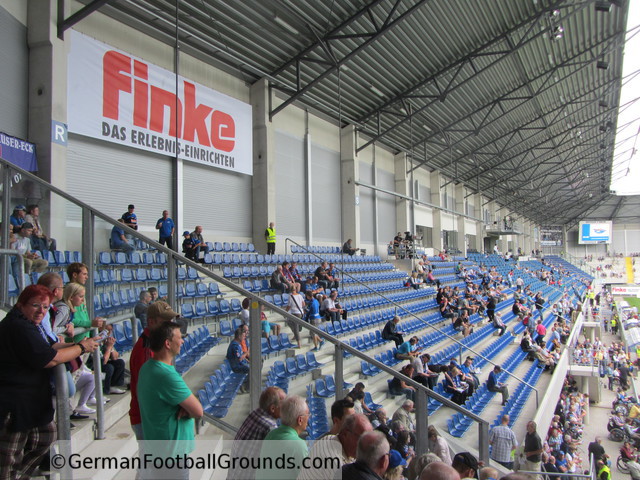 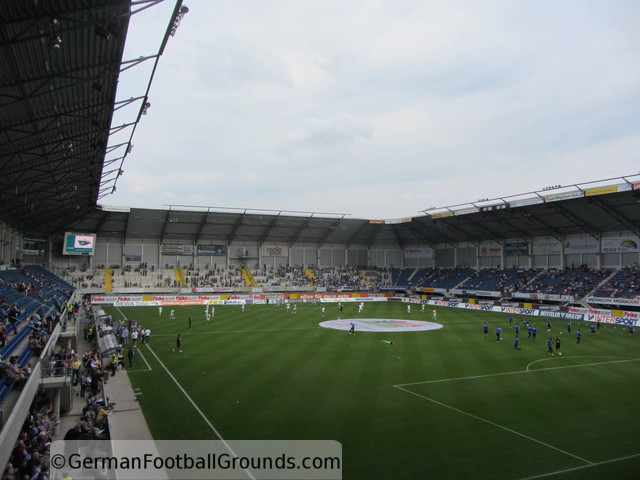 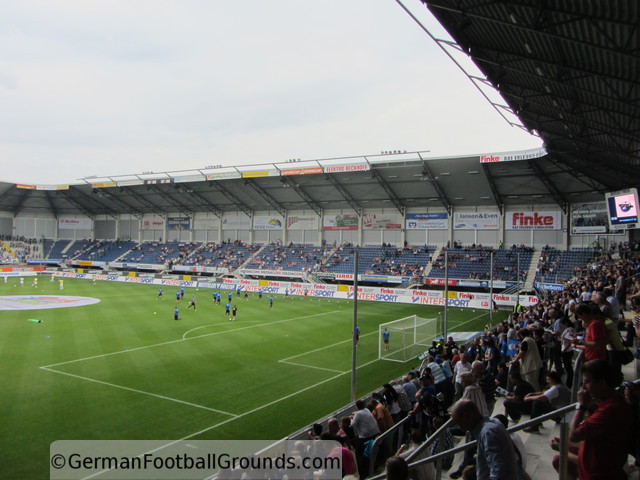 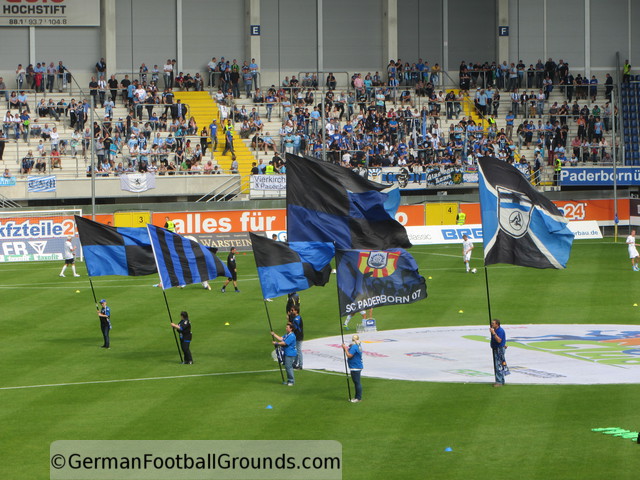 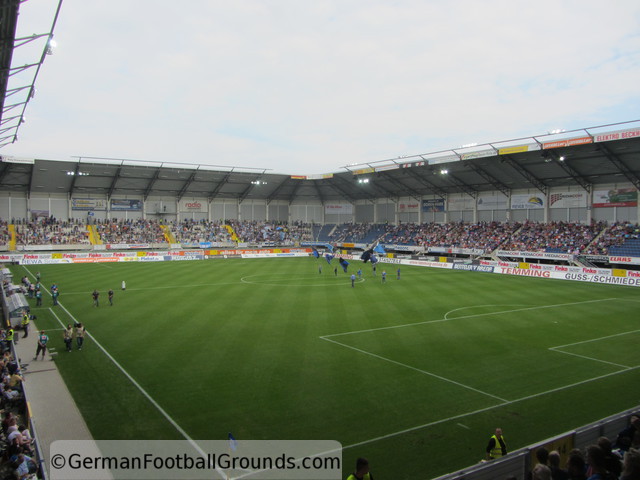