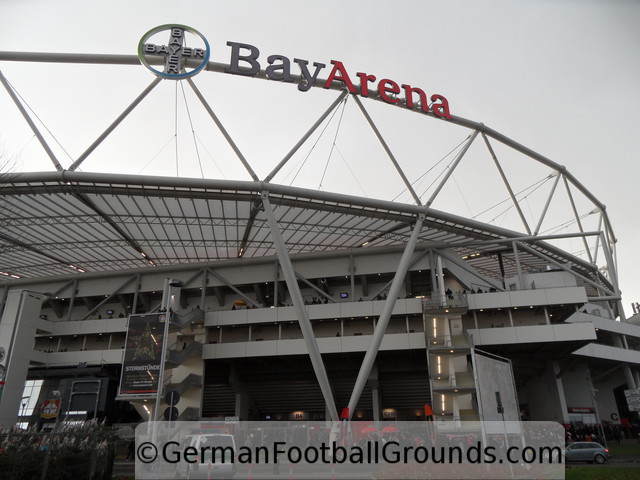 The BayArena is one of the smallest stadiums in the Bundesliga, accomodating just 30,210 spectators, which is a bit surprising since Leverkusen is one of the Bundesliga's top teams and is playing regularly in the Champion's League. The surprises don't end there as the BayArena is in general a quite unusual stadium, which you will notice already from the outside, as the huge polycarbonate roof not only protects the spectators once they are inside but already well in advance due to its size being much bigger than the stadium itself.

On the inside, the BayArena is a pure football venue with a regular lower tier and a tiny upper tier. The south stand is a sight to see as a couple of seats and handicapped spaces are backed by a huge glass-fronted building, which encompasses an underground car park, executive boxes and the club office. The BayArena was Europe's first stadium with a McDonald's inside but in the course of the stadium's extension in 2008, McDonald's is now located outside the stadium on the opposite side of Bismarckstraße.

If you come by car, the address of the BayArena is "Bismarckstraße 122, 51373 Leverkusen, Deutschland".

The area around the stadium is a resdiential area and closed down massively on matchdays, so don't even try to park close to the stadium.

I recommend the parking lot 'Kurtekotten' (address 'Edith-Weyde-Straße, 51373 Leverkusen'). From there, you can take a free shuttle bus to the stadium.

The S-Bahn station closest to the stadium is Leverkusen-Mitte. From there it is less than a mile to the stadium, just follow the signs or see the walking directions below. If you prefer to take a bus, line 203 will bring you to the stadium.

Tickets allow you to travel to and from the stadium from 3 hours prior to kick-off until end of business day inside the Traffic Association Rhine-Sieg (Verkehrsverbund Rhein-Sieg (VRS)).

The stadium is located only about a mile away from the station Leverkusen-Mitte and walking is straightforward. Either follow other supporters or the following directions. ;)

Exit the station to the east, not in the direction of the city centre. When you come out the underground walkway, do not take an immediate left but head straight on and turn left onto Friedlieb-Ferdinand-Runge-Straße. Cross Rathenaustraße and head into the Stadtpark. There are small walkways, as usual in a park so basically, just keep heading in a northeasterly direction, where you should either see the stadium or the floodlights. You will come to a stream which you can cross immediately, then follow it, having it on your right hand shoulder.

If anything is unclear, just have a look at the route on Google Maps.

These are normal ticket prices for Bundesliga matches, for orientation only as they can of course change more or less quickly.

Leverkusen uses a scheme with three classes of games, A, B and C, where games from A are the most expensive. The price difference rises with the seat category, e.g. a seat in the most expensive category I for an A game costs more than double the amount than for a C game! Prices for international matches are much higher than for Bundesliga matches.

The following prices are game B prices from Season 2015/16. Have a look at the ticketing map for more information.

Bayer has been quite successful domestically in the recent years and the stadium is regularly sold out. However, tickets usually are on general sale and you should be able to get a ticket via Bayer's own ticket shop. 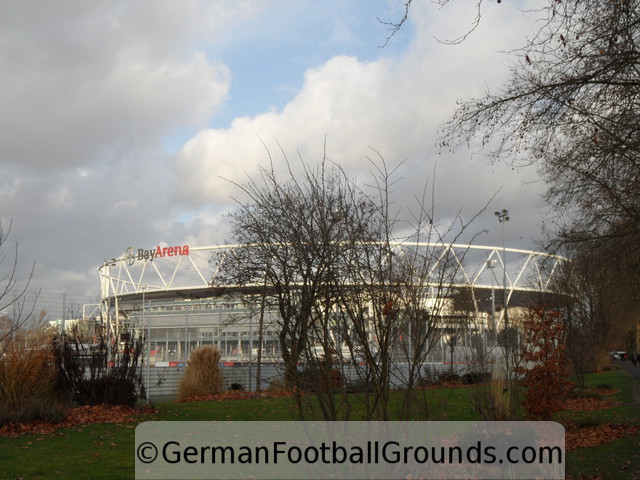 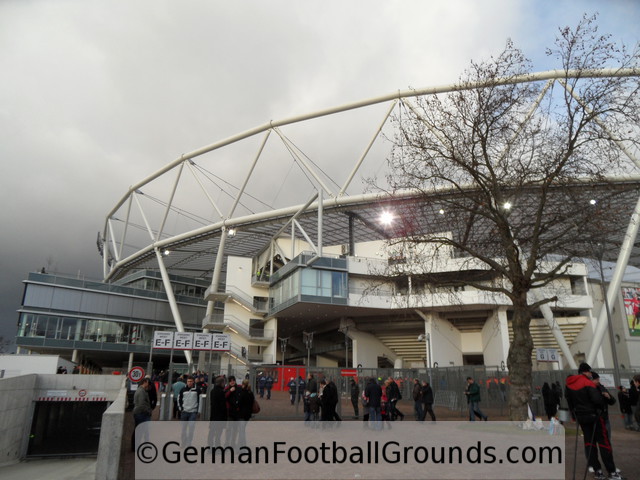 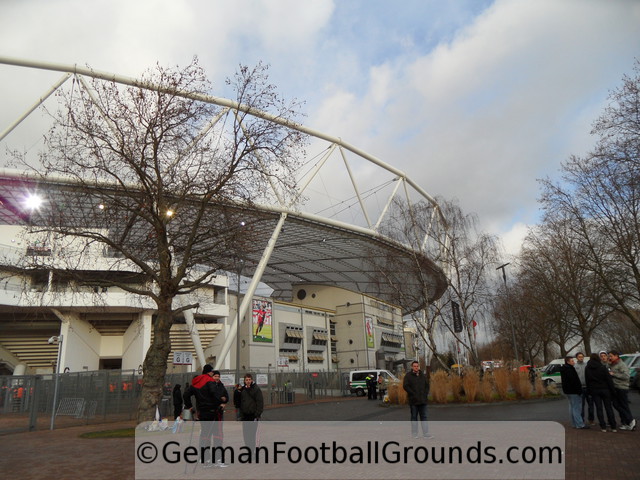 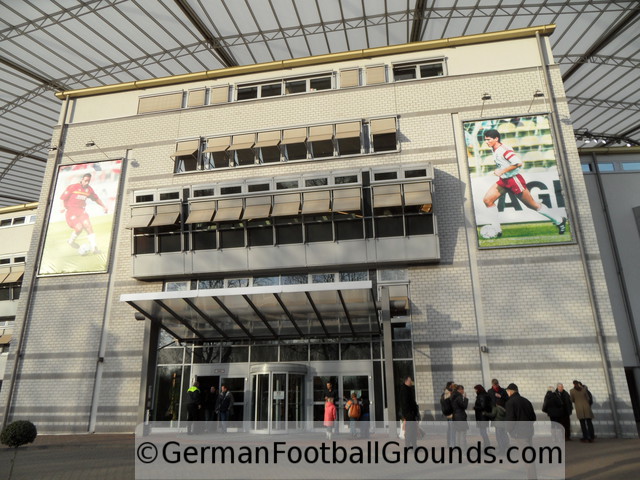 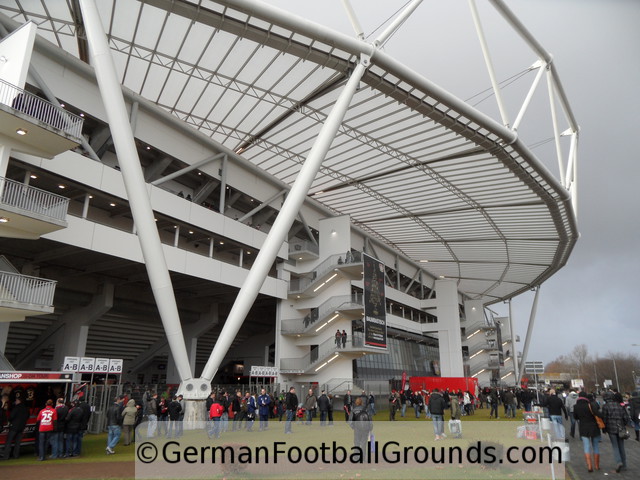 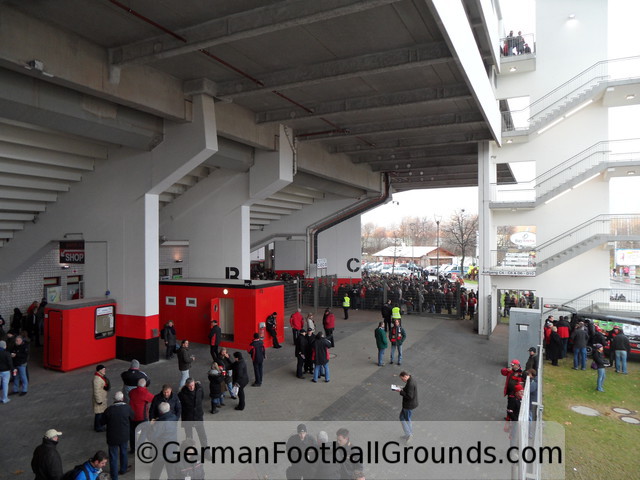 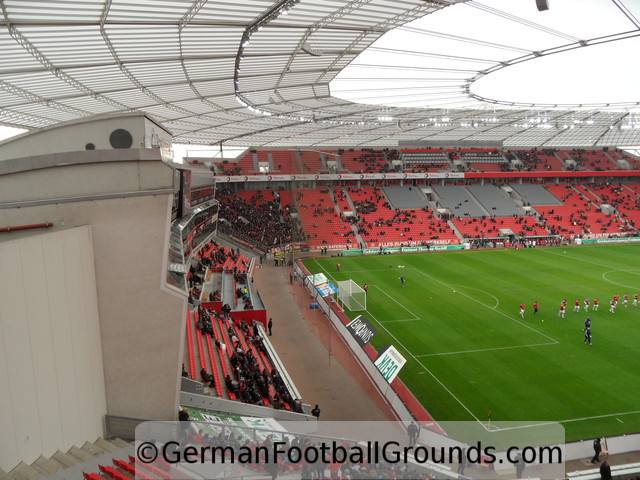 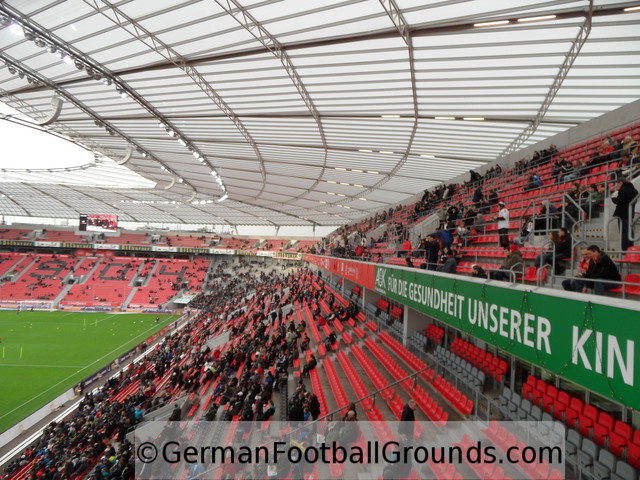 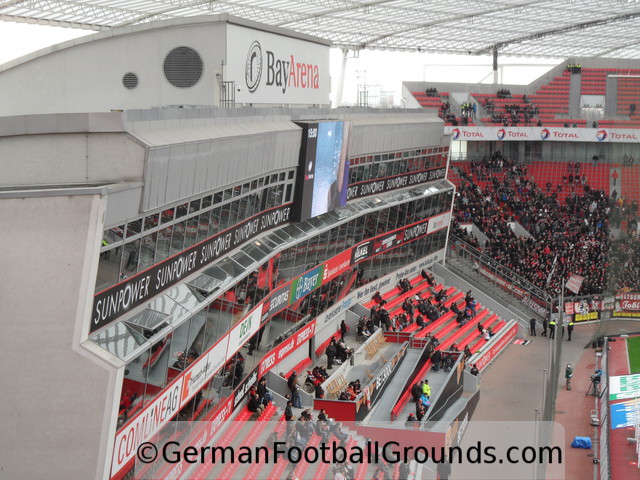 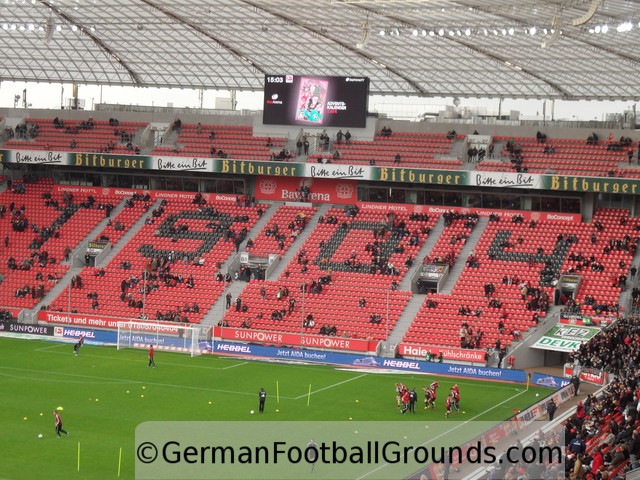 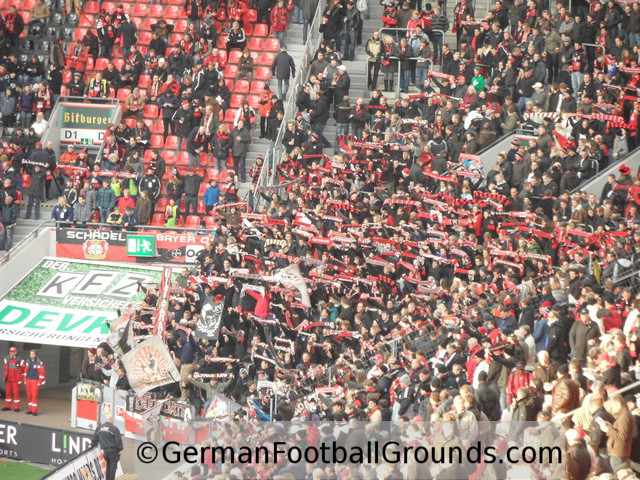