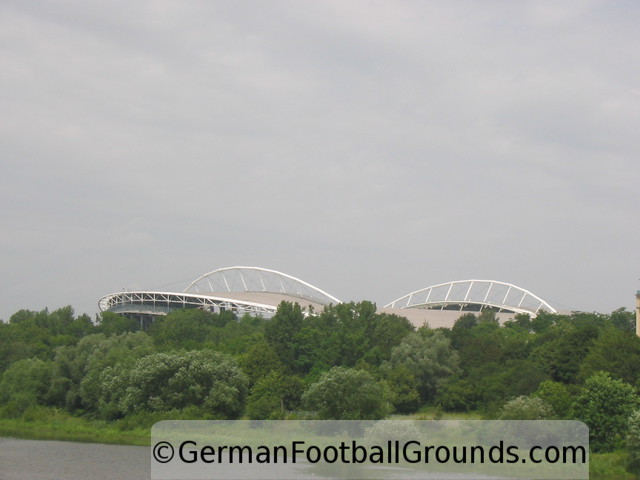 The Red Bull Arena, formerly known as 'Zentralstadion', is currently the largest football stadium in the former German Democratic Republic, which it makes it a worthy successor to the original Zentralstadion. The old Zentralstadion, which existed until 2000, was opened in 1956 and was also known as 'the staidum of the hundred thousand' ('Stadion der Hunderttausend' in German) due to the fact that it could accomodate up to 100,000 spectators, making it the biggest stadium in Europe at the time, even before FC Barcelona's Camp Nou. The stadium was starting to show its age over time, the capacity was reduced and in the year 2000 it was decided to build a new stadium insidethe old one.

The new stadium is thus embedded inside the terraces of the old Zentralstadion, something I personally have not seen before. When you arrive at the stadium, you have to climb up to the top of the former terraces, which are covered with grass and interspersed with stairs. From there, you descend down into the stadium and reach it at a level of about the top of the lower tiers.

On the inside, the stadium is nothing spectacular: the stands behind the goals are single-tiered, the stands on the long sides of the pitch are both two-tiered and all stands are fully covered. Even in the front rows of the lower tiers, you're located quite a bit away from the pitch and at a height of around three meters above pitch level. Nonetheless, the view onto the pitch is good from all around the stadium.

The underground car park below the stadium and the parking lot on the fore court east of the stadium are reserverd for VIP parking, but there are enough other parking opportunities around the stadium. The parking lot 'Festwiese' (P6) is located directly south of the stadium, a bit further away, across the river Elster, you can find a parking space either at the fair grounds (Kleinmesse-Gelände, P7) or on the roadside (Cottaweg, P8).

The central tram stop is located directly in front of the main station. From there, take either tram 3 direction Knautkleeberg, tram 7 direction Böhlitz-Ehrenberg or tram 15 direction Miltitz and leave the tram at stop Sportforum, from which you can see the stadium about 400 yards away. A single ride is priced at 2.40 € and takes less than 10 minutes.

You can easily walk to the stadium from the main station, distance is only about one and a half miles. With the main station in your back, turn right and follow the street straight on, although the name changes from Willy-Brand-Platz to Tröndlinring, Ranstädter Steinweg and then Jahnallee. You will reach reach an intersection with Am Sportforum going to your right after a bit more than a mile. Turn right, you should already be able to see the stadium's roof from the intersection and the stadium itself is only about half a mile down the road on your left side.

These are regular ticket prices, just for your orientation. For top games, a higher price might be charged (surcharge up to 20 € for the highest category).

Tickets can be obtained in advance via RB Leipzig's online ticket shop. 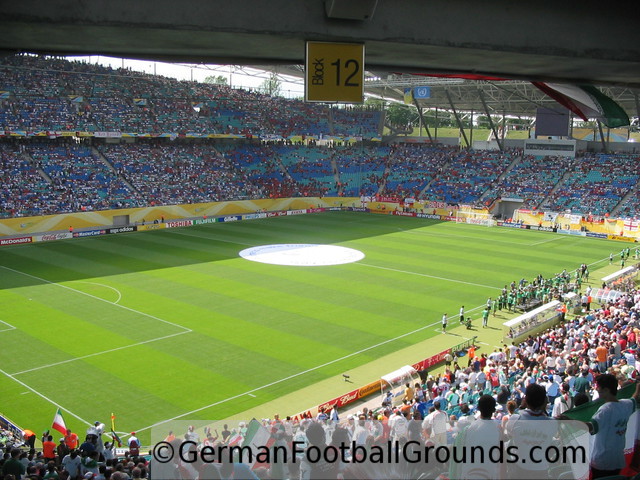 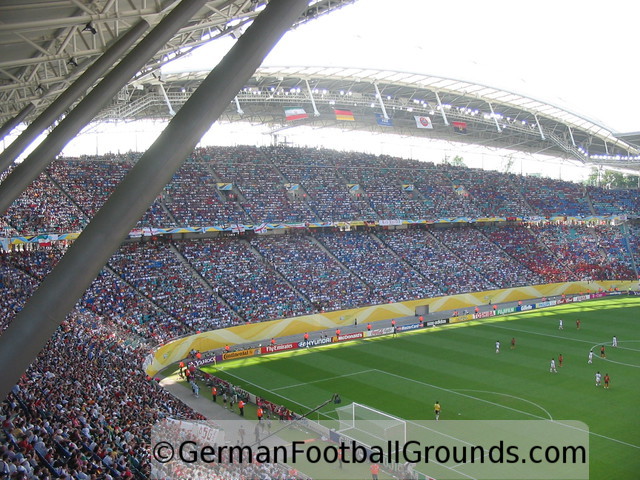 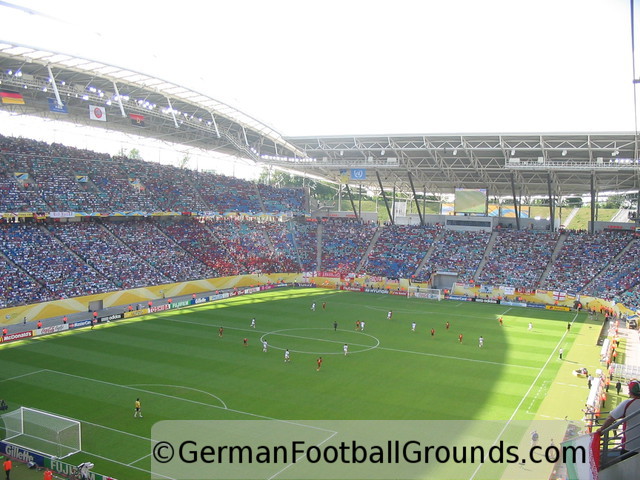 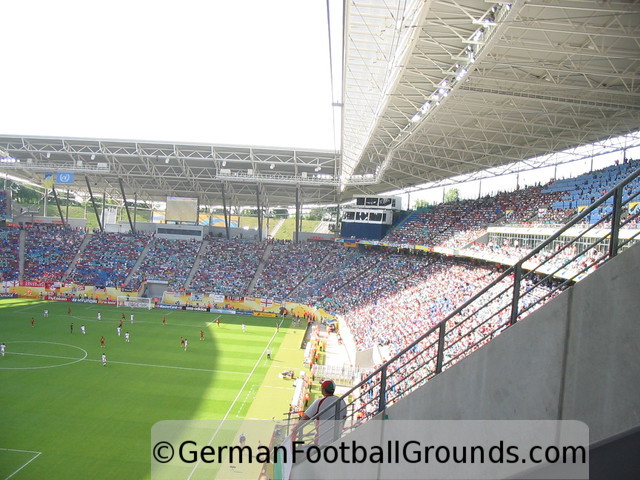 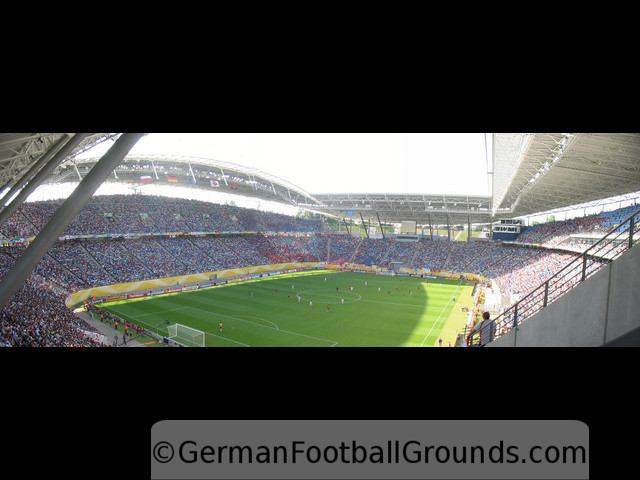