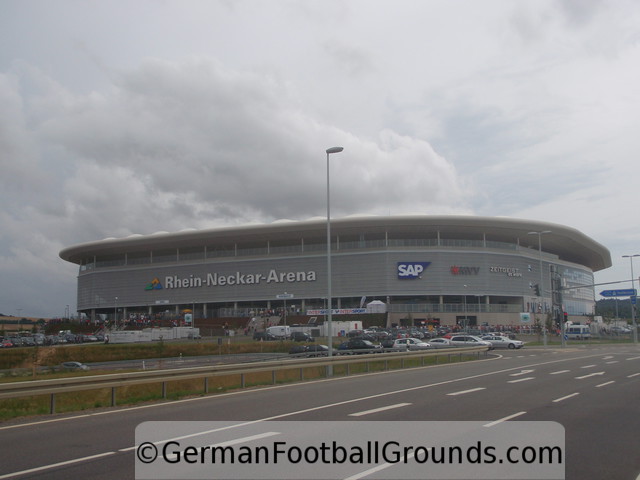 The Rhein-Neckar-Arena is the home ground of TSG Hoffenheim and has been opened in January 2009, in the first half of the season the home games took place in the Carl-Benz-Stadion in Mannheim. Before that, when Hoffenheim was playing in the lower leagues, the club's home games where held in the Dietmar-Hopp-Stadion in Hoffenheim itself, where the reserve still plays their home games. The stadium was built in only around 22 months opposite the 'Auto & Technik Museum Sinsheim', directly along motorway A6. From the outside, the stadium is similar to the likes of Augsburg and Wolfsburg, although the location on a small hill gives it a look that is a tad more impressive. Moreover, the roof makes it seem a bit like a mushroom.

On the inside, the stadium can accomodate 30,150 spectators (25,614 seated). It is single-tiered and fully covered, with all stands having the same height and looking quite the same, except for the executive boxes and press area on the main stand (west). The south stand hosts the Hoffenheim supporters, the two center blocks S1 and S2 are dedicated to standing supporters. Visiting supporters are located in the corner on the opposite right (blocks G1, G2, H1 and H2).

If you come by car, the address of the Rhein-Neckar-Arena is "Dietmar-Hopp-Straße 1, 74889 Sinsheim, Deutschland".

By car, you'll be arriving via the motorway A6, which is quite packed even on normal days, so expect heavy traffic and arrive in time, even though there is not that much to see around the stadium, except the 'Auto & Technik Museum Sinsheim'.

Public parking spaces (with costs) are P9 - 11 close to the stadium and P12 - 15, which are a bit further away but thus not packed as early. If you are willing to walk a bit further, you may be able to find parking at no charge, along the north of the motorway, either to west in Sinsheim or to the east in Steinsfurt. Even though have to maybe walk a bit further, you might be better of in the end as leaving the main parking lots and getting on the motorway can take quite some time.

The Rhein-Neckar-Arena can be reached by regular trains and the S-Bahn via the station 'Sinsheim Museum/Arena'. From there, you can easily reach the stadium in around 15 minutes, the distance is less than a mile. There is also a bus shuttle from the train station 'Sinsheim (Elsenz)' to the stadium. If you are in possession of a ticket, you can use it to travel in the traffic associaction Rhine Neckar (Verkehrsverbund Rhein-Neckar (VRN)) and Heilbronner/Hohenloher/Haller rapid transit (Heilbronner/Hohenloher/HallerNahverkehr (HNV)). If do not already possess a ticket, the price depends on where you travel, from Mannheim, for example, the rate is 9 € (7,50 GBP) single, 16 € (13.50 GBP) for a day ticket, from Stuttgart it will be about 17 € (14 GBP) single, 34 € (28,50 GBP) return.

There is not really any town centre or the like to walk from. If you arrive by public transportation, follow the directions above.

These are normal ticket prices, just for your orientation. Top games may have different prices and prices are of course subject to change.

Hoffenheim have been promoted to the Bundesliga for the first time ever after the 2007/08 season. Initially, the stadium basically sold out all the time, in part because of the way Hoffenheim played back then and in part due to the fact that there is not really any competition close by. The 2012/13 season, at the end of which Hoffenheim barely managed to escape relegation in two playoff games against Kaiserslautern, saw the lowest average attendance so far. In the currently running season 2013/14, only the home game against triple holders Bayern Munich has been sold out. 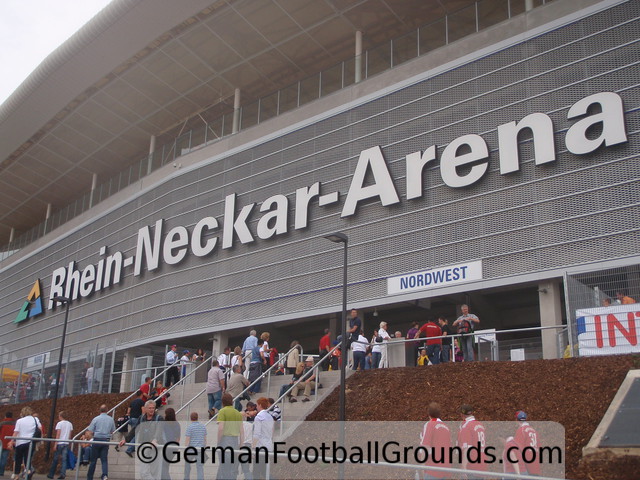 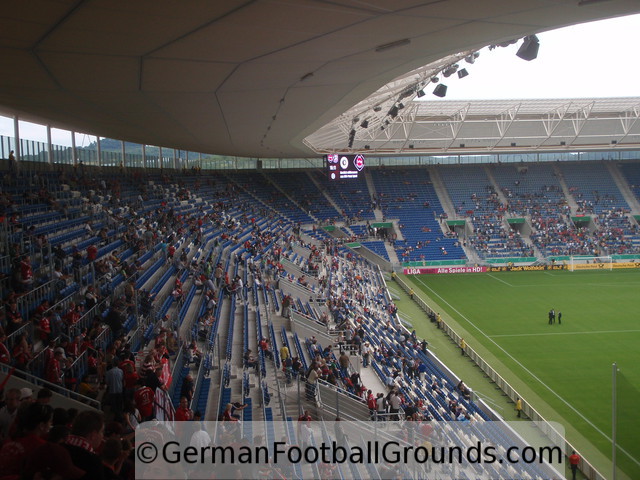 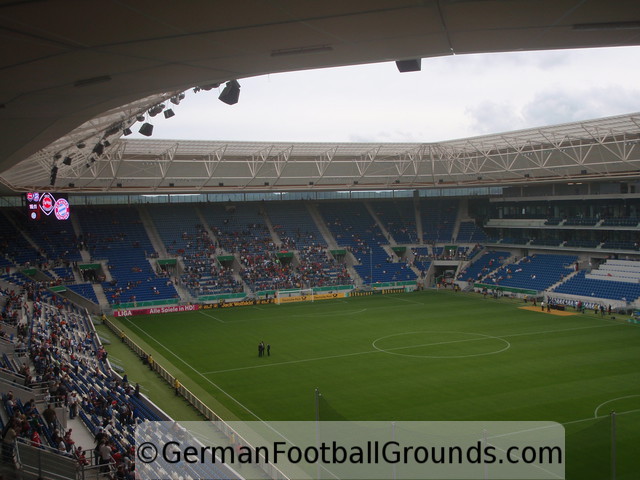 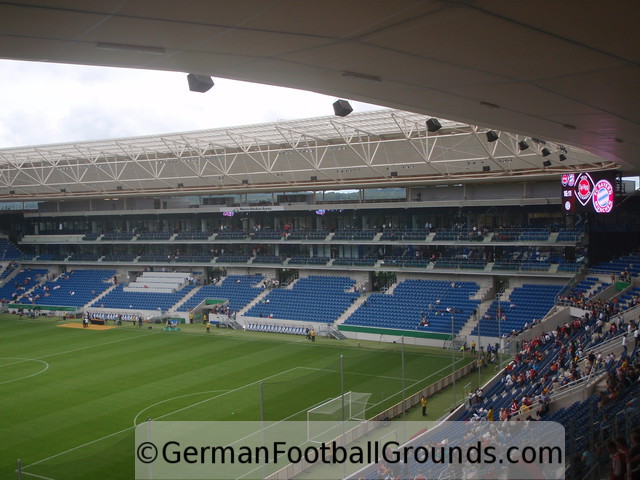