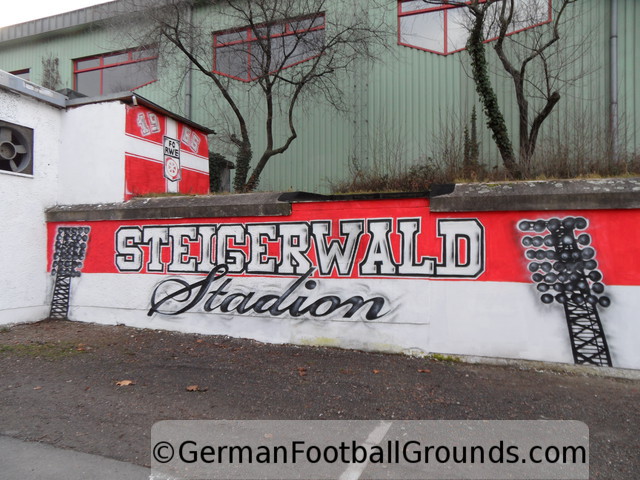 Construction for the Steigerwaldstadion was initially started in 1927 and the stadium was finished in 1931 and named as 'Mitteldeutsche Kampfbahn'. The first sell-out crowd of 35,000 spectators supposedly dates back to an international game on 25.05.1935. After the Second World War, the stadium was used by Soviet Military Administration in Germany, the pitch was used to grow potatoes! The stadium re-opened on November 6th, 1948, now named after Bulgarian communist Georgij Dimitroff. The record attendance of 47,390 was achieved during a game between Turbine Erfurt and Chemie Leipzig in the 50s. In the 70s and 80s the stadium was modernized and received, among other features, floodlights and an electronic scoreboard. The old wooden main stand was replaced during the 90s with the still current one and new, iconic, floodlights were installed in the beginning of the 2000s.

Even though the main stand is quite recent - well, now already 20 years old - the stadium shows its age, as it is a classical multi-purpose stadium with race track and it features a classical marathon gate. The stadium is dominated by the main stand, which is an all-seater stand and the only covered stand. There are a couple more seats opposite the main stand, around the marathon gate, the rest of the stands are terraces, which are not really steep, so you better try to find a place at the top. An electronic scoreboard is located behind the curve in the south.

If you come by car, the address of the Steigerwaldstadion is "Arnstädter Straße 55, 99096 Erfurt".

There is a multi-storey car park (with costs) to the north of the stadium in Johann-Sebastian-Bach-Straße. You can also try the car park to the south of the stadium at the Thüringenhalle (Werner-Seelenbinder-Straße). If neither of these appeal to you, you should be able to find a parking space in an easily walkable distance without problems.

The Steigerwaldstadion is inherently walkable from the main station, as it is located only about a mile away. As it is located on the opposite side of the station as compared to the city centre, you will have about double the way to walk if you plan to make a detour there.

From the main station, take the south exit (not the one towards the city centre). There, you can either turn right onto Schillerstraße and take the next left onto Am Stadtpark or you can cut through the park, the Stadtpark, diagonally. Either way, you'll reach the corner of Am Stadtpark and Robert-Koch-Straße, contiune southward on Am Stadtpark. When this street ends, turn right onto Johann-Sebastian-Bach-Straße. Follow this road around 300 yards and turn left before you reach the Gunda Niemann-Stirnemann Halle, Erfurt's indoor speed skating track. From there, there are just a bit more than 200 yards left and you should be able to see the stadium already.

These are normal ticket prices from the 2013/14 season, but you can expect these to be stable.

Erfurt has been playing in the 3. Liga since the 2008/09 season and the average attendance is quite stable, at most around 6,500. As far as I can tell, there have not been sell-out crowds in the 3. Liga, but that may be a deceptive information as for a game against local rivals the capacity might be reduced. For the 2014/15 season, the game against relegated Dynamo Dresden will be an interesting one and might sell out the stadium.

Tickets usually are on general sale and can be bought via Erfurt's own ticket shop. 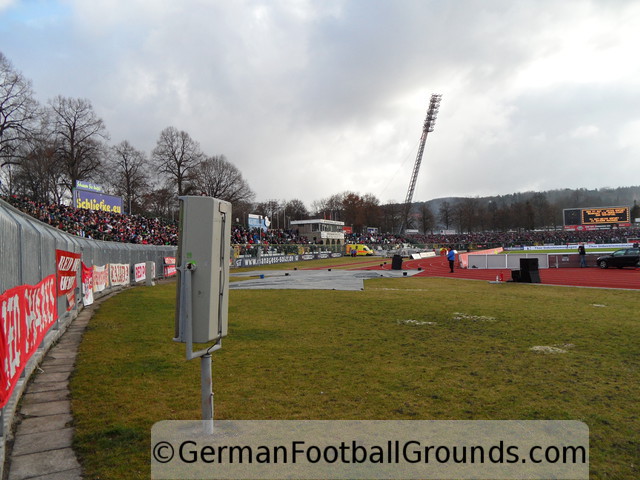 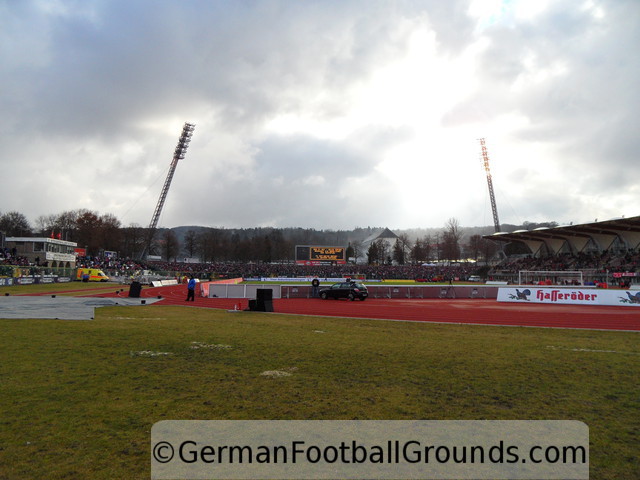 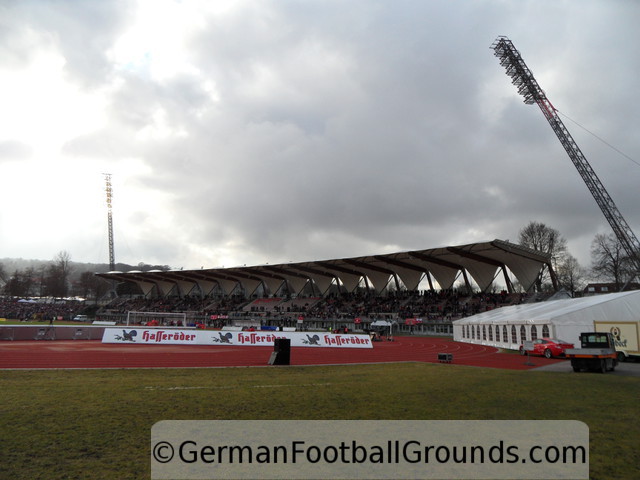 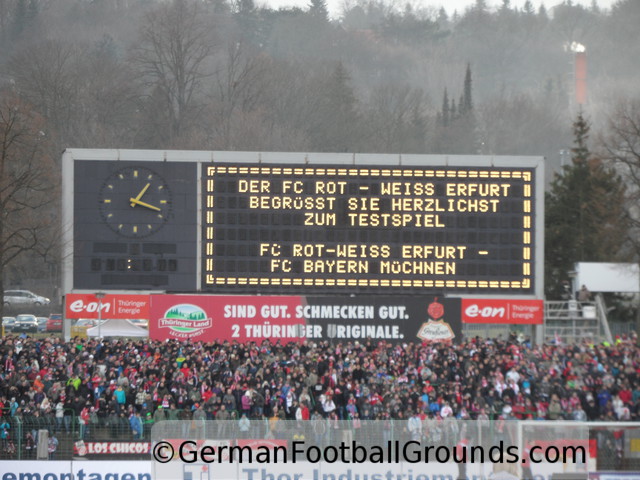 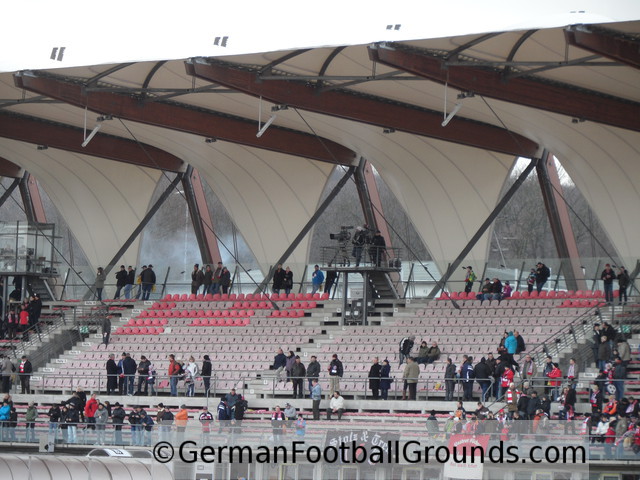 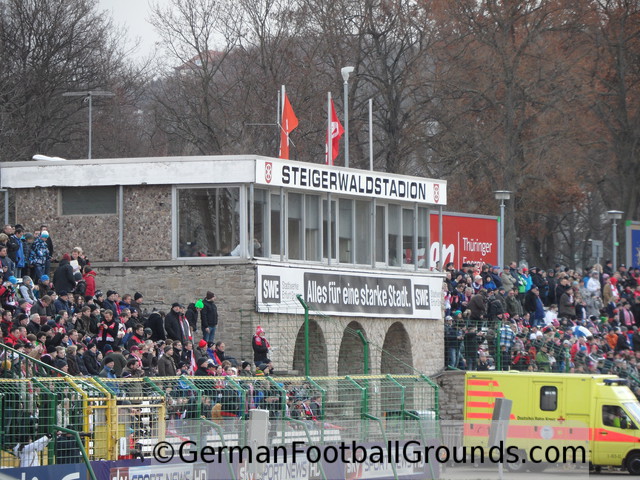 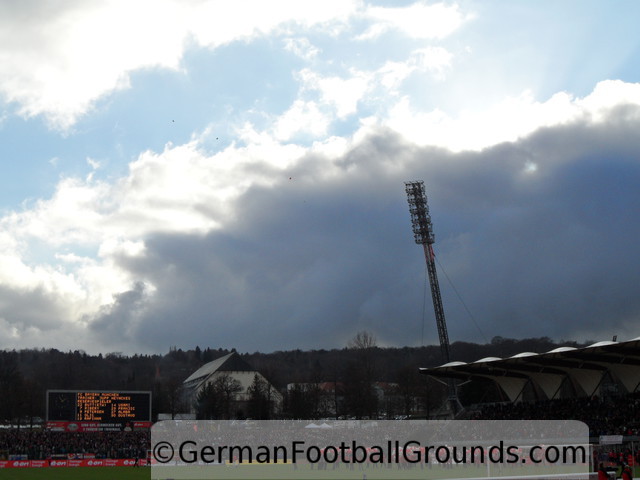 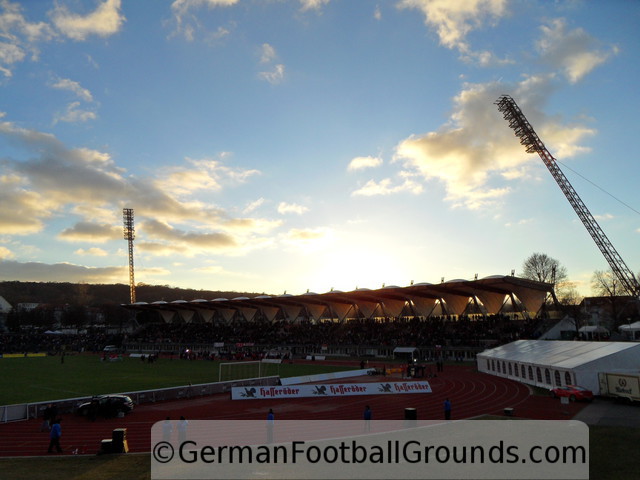 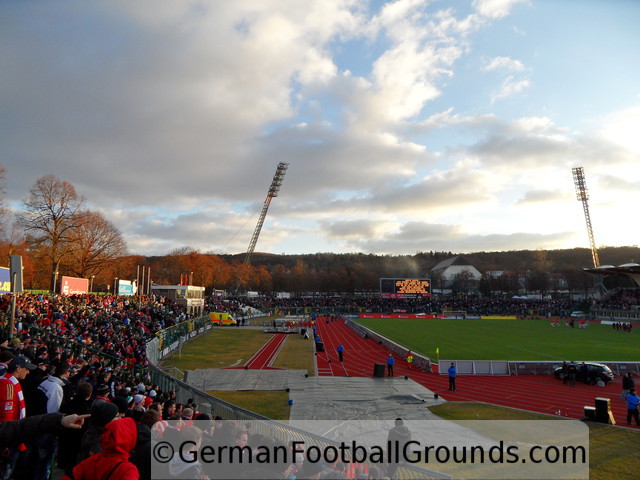 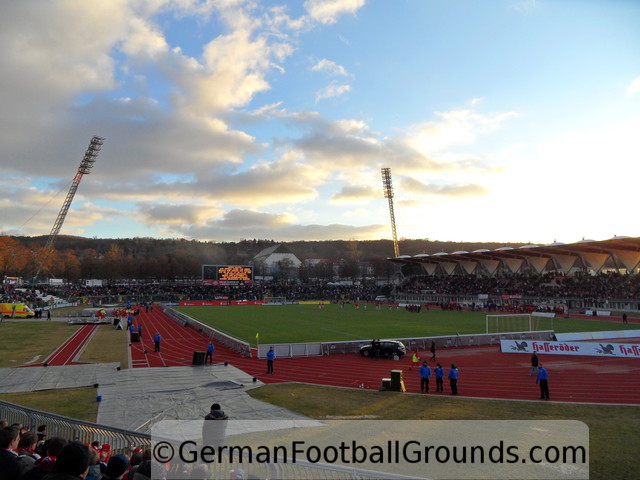 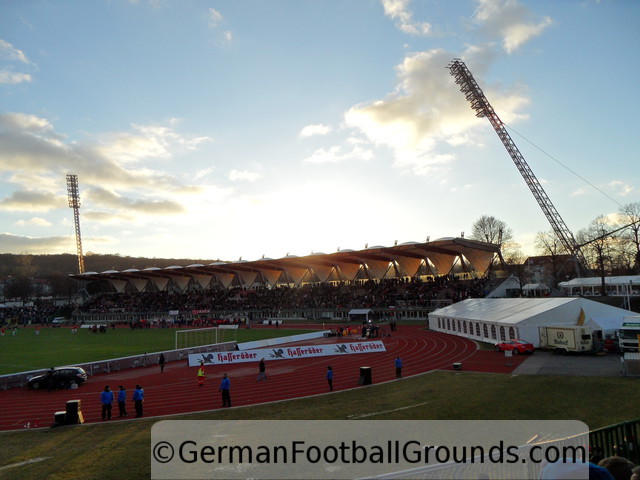 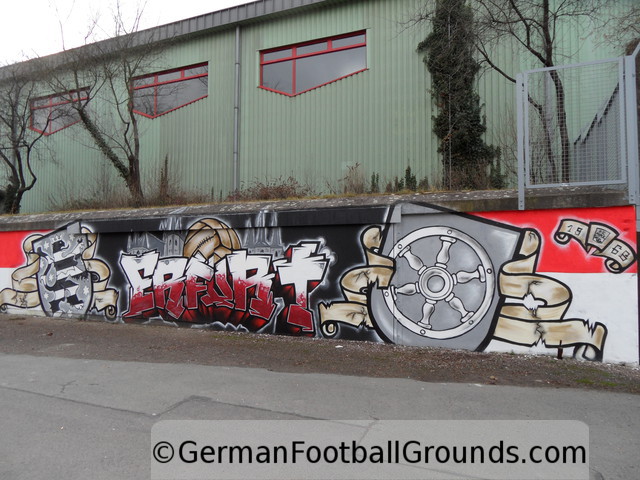