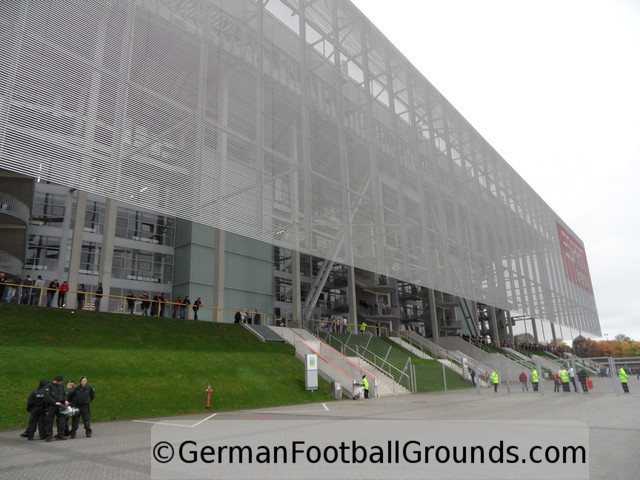 The ESPRIT arena is not just a football stadium but also a multi-purpose hall, as the roof can be fully closed. This results in the stadium being used for various events apart from football, for example concerts, TV events, the German Hockey League's 'Winter Game' or the Race of Champions.

As nice as this all is, the stadium is not a very striking one. From the outside, it looks kind of weird due to the facade consisting of aluminium tube, on the inside it is a quite spacious, two-tiered stadium, of course fully covered and, as already said, with a roof that can be closed. The most prominent feature may be the multi-colored seats, which result in the stadium appearing to be crowded even when attendance is low.

If you come by car, the address of the ESPRIT arena is "Arena-Straße 1, 40474 Düsseldorf".

If your satnav does not know this road, try 'Am Staad' or 'Arena-Straße', which should be fine. There are about 20,000 parking spaces available at the stadium, just follow the signs towards P1 and be ready to shell out 5 €.

The stadium is easily reached with public transportation, from the main station just take underground U78, which starts/ends there, so there is only the direction of 'D-ESPRIT arena/Messe Nord' and the final stop is the one you want. Travel time is about 17 minutes and the underground station at the stadium is located directly besides the southeast corner. A single ticket is priced at 2.60 € but note that match tickets include travel to and from the stadium inside the whole VRR.

I cannot recommend walking to the stadium as it is located more than 4 miles away from the main station, but nonetheless, if you have about 90 minutes time on your hands and do not know what else to do, follow these directions.

Leave the main station towards the city center, take a right onto Karlstraße and an immediate left onto Immermannstraße. Follow Immermannstarße for around half a mile and continue, turning slightly to the right, onto Berliner Allee. Follow the road, which changes names a couple of times, for about one and a half mile, bascially walking parallel to the U-Bahn until you reach the U-Bahn stop Golzheimer Platz. Here, take a left onto Golzheimer Platz and turn right at the next corner onto Cecilienallee. Continue straight on, all the while having the Rhine to your left, for about one and a half miles and you can see the stadium to your right.

These are normal ticket prices, just for your orientation. The ticketing map is quite complex, so have a look at the corresponding website.

Tickets can be obtained via Fortuna Düsseldorf's online ticket shop.

The stadium is quite spacious, offering room for over 50,000 spectators. In the 2. Bundesliga, the stadium is practically never sold out, at most for a single game per season. Even when Düsseldorf played in the Bundeseliga again for the first time after 15 years, only a third of the home games were sold out, so usually there should not be a problem in getting a ticket for a home match. 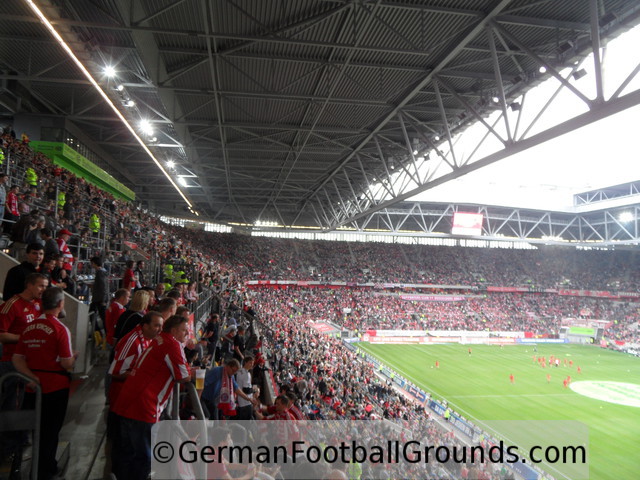 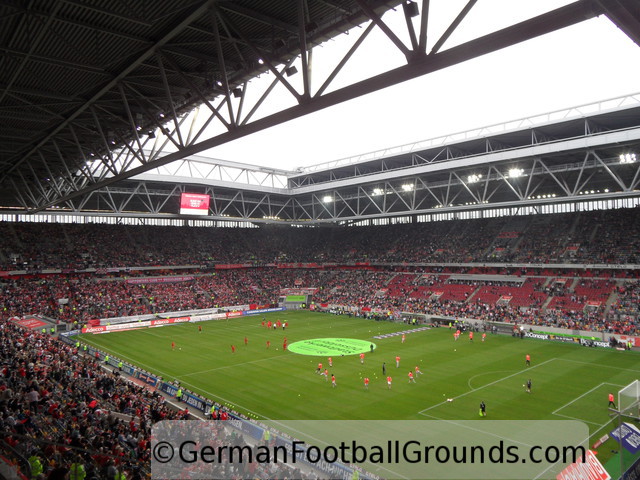 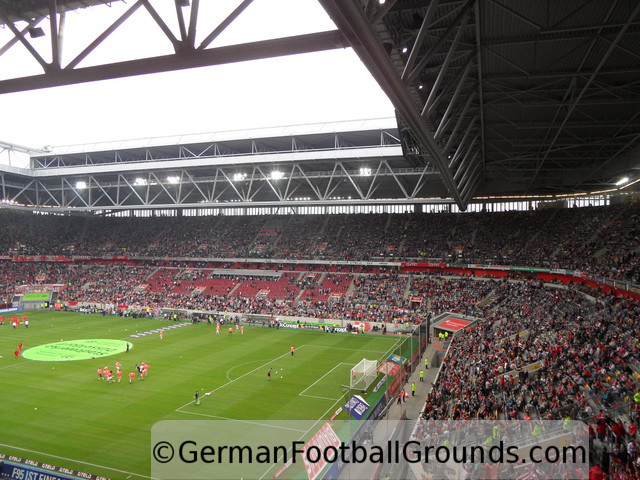 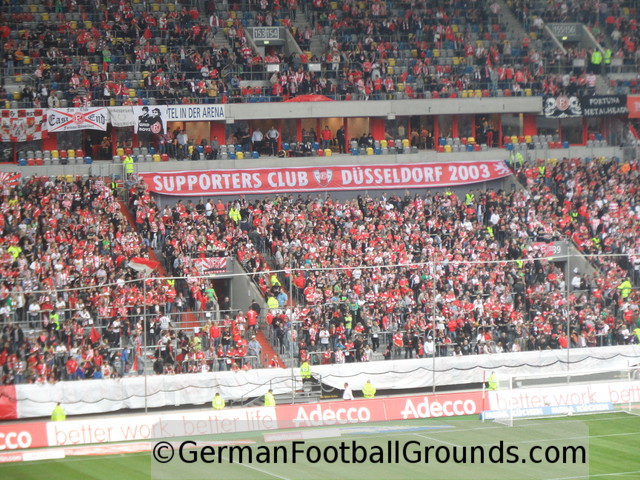 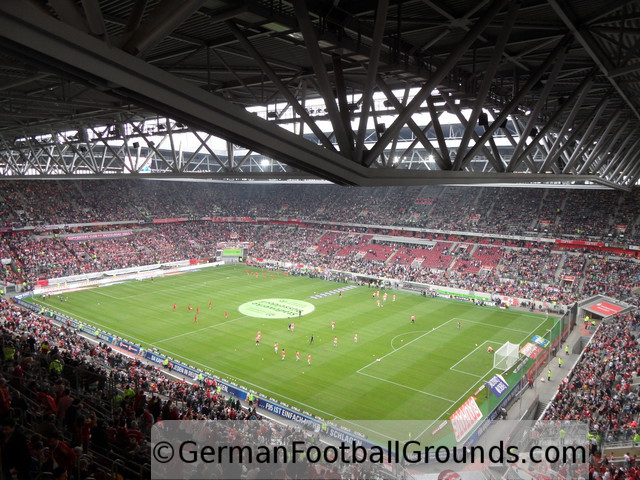 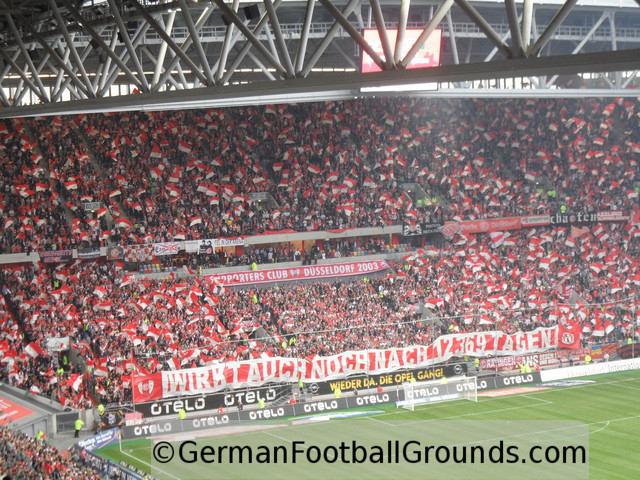 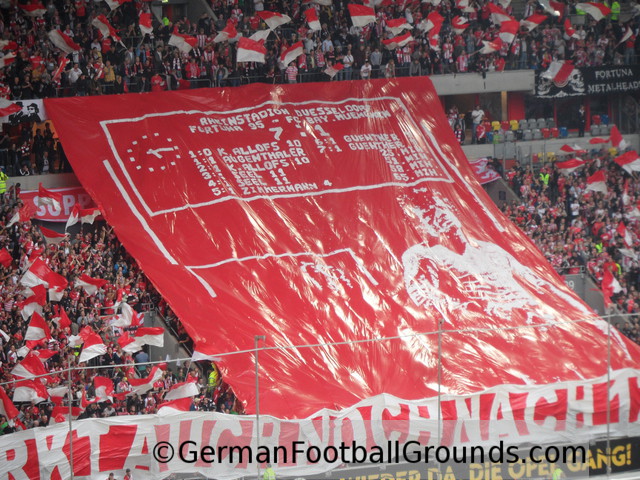