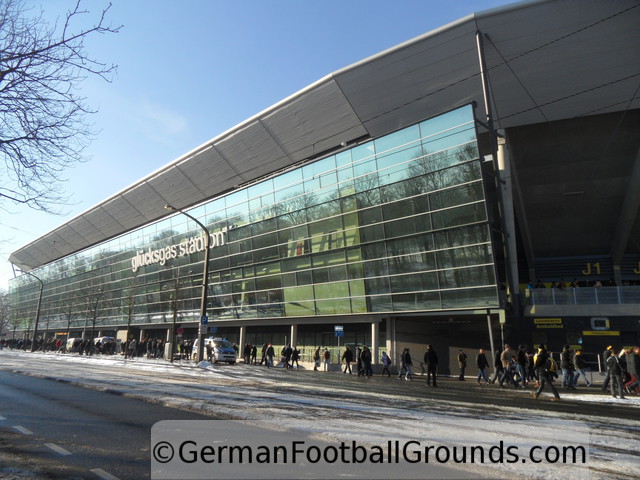 Dresden's old ground, the Rudolf-Harbig-Stadion, was a very iconic building, not the least due to its massive floodlight pylons, called giraffes. Due to its age and the fact that virtually no renovations had taken place for quite some years, the stadium was no longer deemed adequate in the mid-2000s. In truth, the stands were only gently inclined, there still was a race outer track and the stadium was not covered at all, so the decision to raze it and build a new pure football venue on the same site is understandable. The demolition of the old stadium started in November 2007 and the new stadium, nowadays named DDV-Stadion, was opened in September 2009.

There is nothing much to say about the new stadium, as it is more or less a usual suspect, comparable to many new constructions, but I'll admit that it looks quite impressive from the outside due to the bowl shape being clearly visible and the massive glass front facing Lennéstraße. On the inside, it is single tiered with closed corners and fully covered. The north stand is standing space only, as is a small part for the visiting supporters in the southwest corner. The main stand features some executive boxes on top, the opposite stand is seating only and spells 'Dresden' in black against the otherwise yellow seats.

Apart from that, the club recommends the Strehlener Straße, 01069 Dresden, which is just on the other side of the railway. If you're parked there, just head towards Franklinstraße and turn northwards, crossing below the railway, and head straight on to soon find the stadium to your left.

The station is located in walking distance from Dresden main station (see directions below), but if you prefer to not walk, I recommend taking the tram. Line 10 depart right outside the main station ('Hauptbahnhof'), take the trains in direction 'Striesen' and leave the tram at station 'Großer Garten'.

The stadium is situated less than a mile away from Dresden main station and thus you can just stroll over. Leaving the main station towards the city centre, just turn right onto Wiener Straße and after about 900 yards, turn left into Gellertstraße, so basically follow the tram tracks. Head straight on, still following the tracks, and after around 500 yards you will reach the stadium.

These are the regular prices, valid for the season 2014/15 in the 3. Liga. Prices for top games (currently this means at least the match against Hansa Rostock) are not yet known.

After three years in the 2. Bundesliga, Dresden have been relegated to the 3. Liga in the season 2013/14. In the 2. Bundesliga, usually half a dozen games were sold out, in the previous spell in the 3. Liga, however, only about 2 games were sold out. In the season 2014/15, there will be some interesting games against games from the former German Democratic Republic, namely against Hansa Rostock, Chemnitzer FC, Hallescher FC, Rot-Weiß Erfurt and Energie Cottbus, so there surely is potential for some sellouts.

Usually, you should be able to get tickets via General Sale through Dresden's own ticket shop. 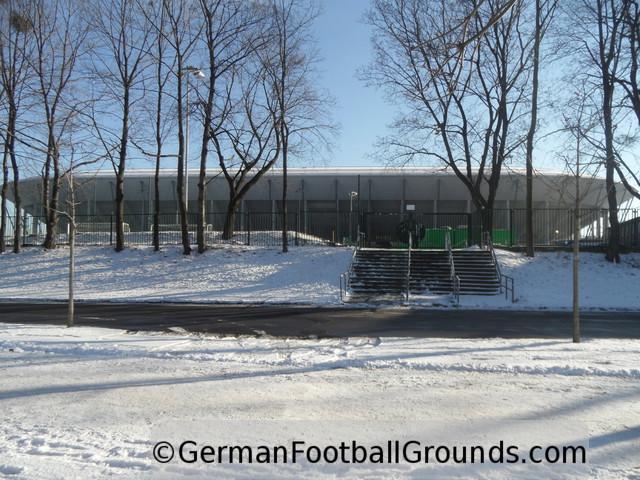 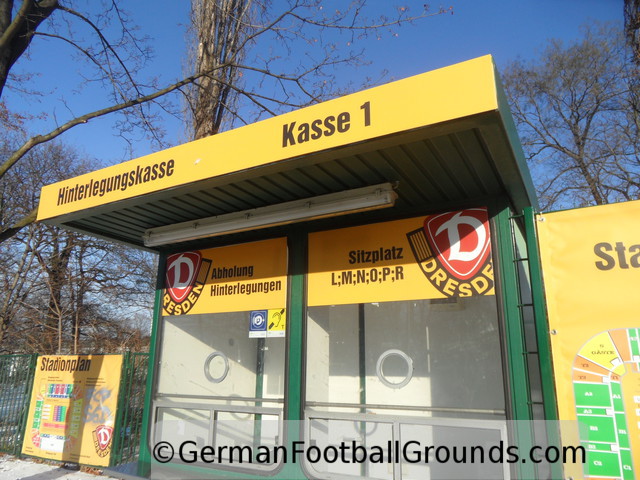 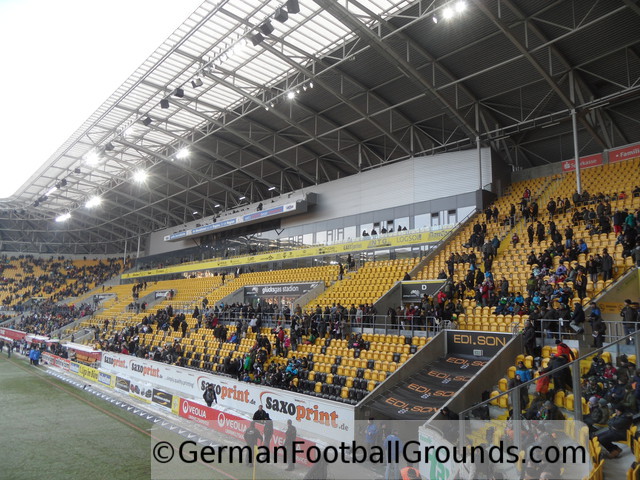 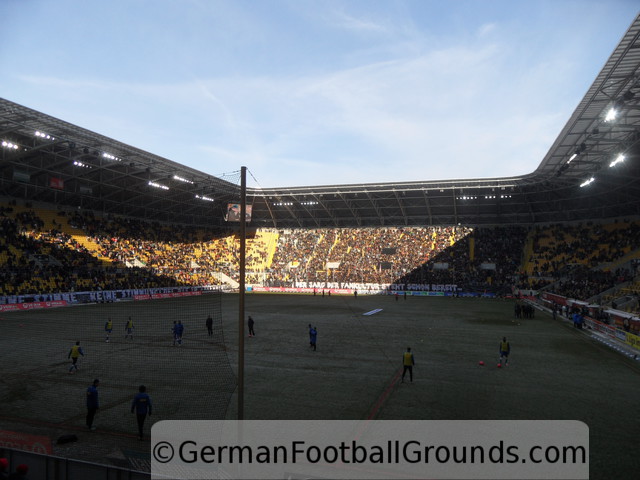 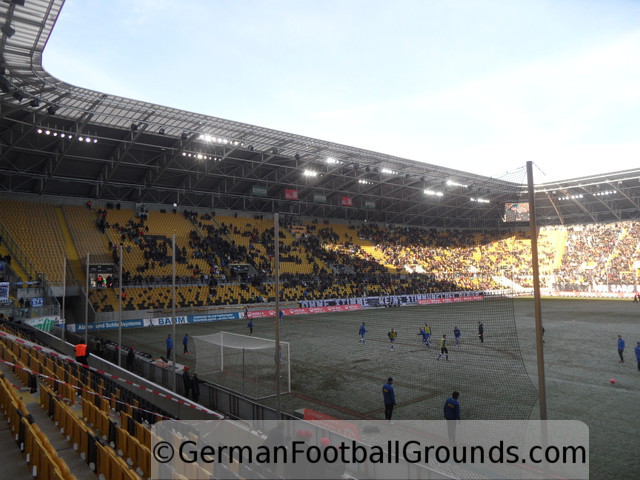 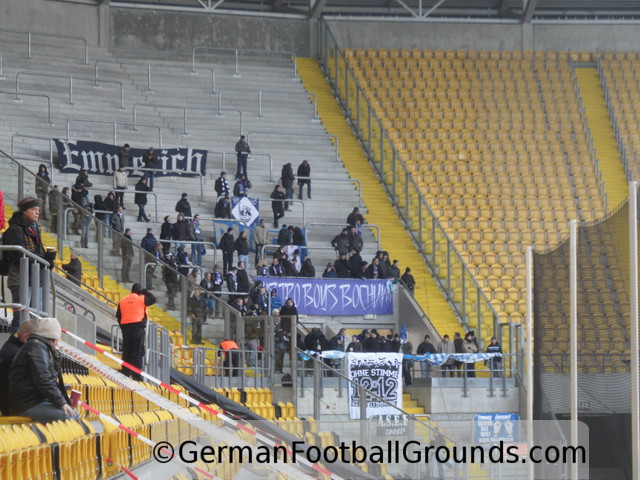 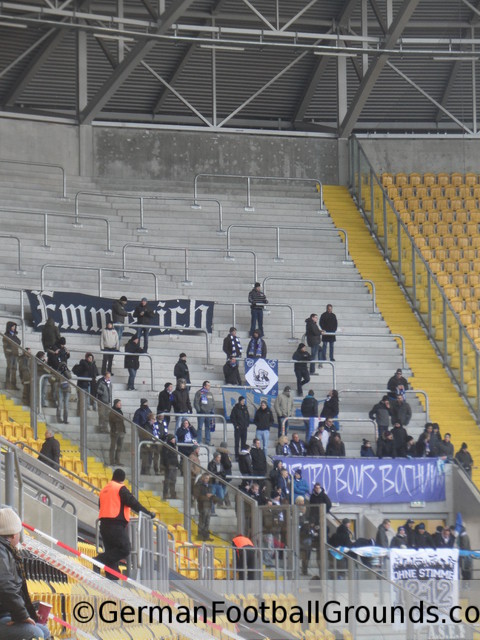 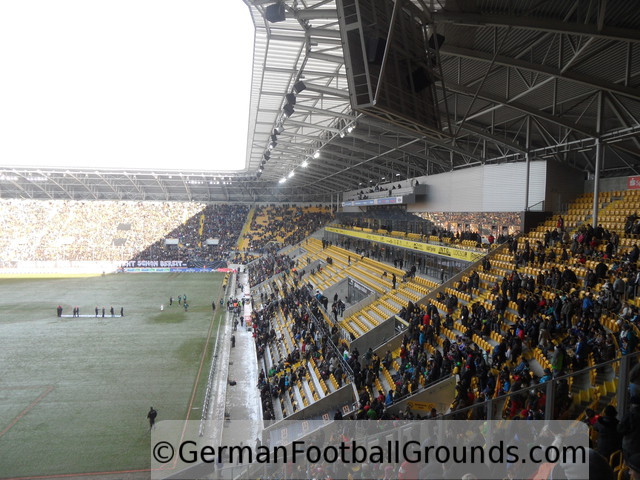 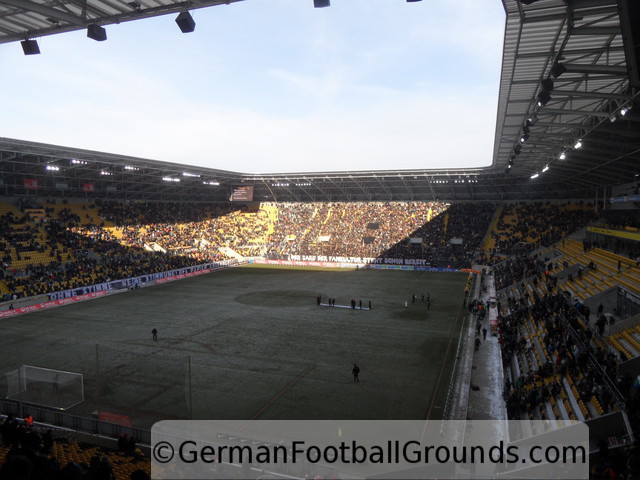 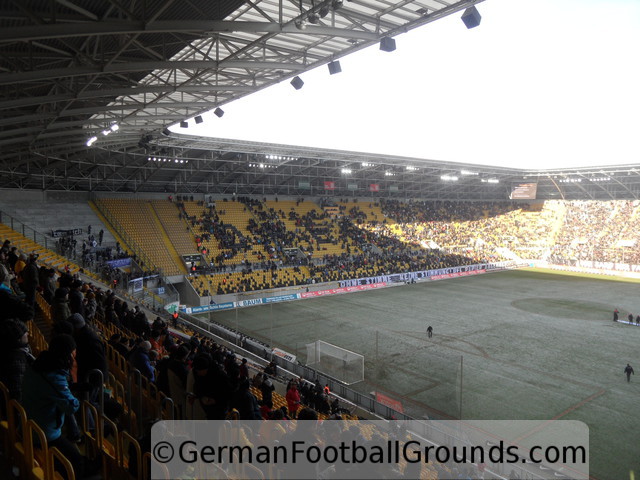 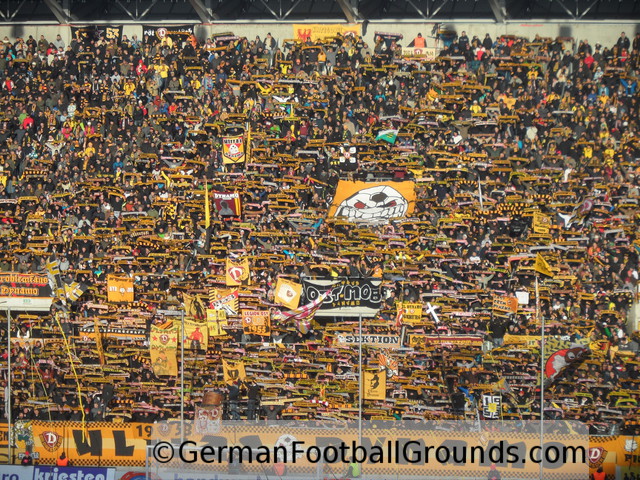