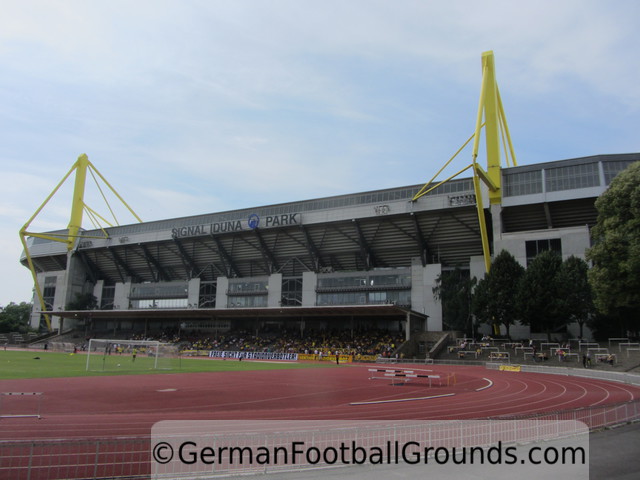 It may be hard to believe that the Stadion Rote Erde was the home of Borussia Dortmund's first team from 1937 to 1974 if you see the stadium today: the main stands looks tiny compared to the hulking east stand of the Signal-Iduna-Park, which is located directly behind it. Still, Dortmund played 37 years in the stadium and during its peak it had a capacity of about 40,000 spectators.

Today, the stadium would still allow about 25,000 spectators for a match, due to the terraces that make up all of the stadium except the main stand. However, due to restrictions only 10,000 spectators are currently allowed, but anyway this is still much more than Dortmund's under 23s can usually draw in.

The stadium is quite charming, as you can see that it dates back quite some time at the entrance, on the east side and on the marathon gate in the south. The stadium is multi-purpose and thus features a race outer track. Apart from that, there is only the main stand, which accomodates Dortmund's supporters as well as visiting supporters on the south side. The main stand is fully covered and there are some supporting pillars towards the back of the stand. The remainder of the stadium is all terraced, with a section for visiting supporters on the east side, opposite the main stand. The north section is quite nice, with many trees growing directly behind the terrace, which gives a kind of beer garden atmosphere. Furthermore, there are four not very impressive floodlights, one behind each corner of the stadium. In fact, the floodlights produces less light than is normally required for the 3. Liga, thus Dortmund's under 23s is only allowed to host matches in the ground with a special permit.

If you come by car, the address of the Stadion Rote Erde is "Strobelallee, 44139 Dortmund".

There are around 10,000 parking spaces for which you have to usually pay a parking fee, these may or may not be free of charge for a match of the second team, depending as well on other events in the area. As there are usually very little spectators for matches of the second team anyway, you might however be able to find a parking space free of charge close by, just try your luck.

As is usually the case with second teams, public transportation is not included in the ticket.

The stadiums is located about two miles away from the main station, so depending on your walking speed, you should need about half an hour or more.

Leave the main station and head straight on into the city centre, heading straight towards a set of stairs and a church further on. Once you reach the church, turn left onto Kampstraße and continue until you reach an intersection where there is a pedestrian zone to your right (Hansastraße). Follow Hansastraße, which changes into Hohe Straße, for about a mile. After you pass the underground station named 'Polizeipräsidium', the road leads into a tunnel (no pedestrians allowed). Walk parallel to the road and you will reach a small park. Head straight through the park and you will reach a small parking lot bordered by two huge concert halls, the Westfalenhallen. Passing between these two halls, you will reach Strobelalle. Turn right, the stadium is just down the road to your left, just before the Signal-Iduna-Park.

Ticketing for Borussia Dortmund's under 23 team is as easy as can be as there are only two categories: terrace and seating space.

Room for 10,000 spectators is more than adequate for the second team of a Bundesliga club, so no worries in obtaining tickets.

Tickets can not be obtained online, just get your ticket on the match day at the turnstiles. 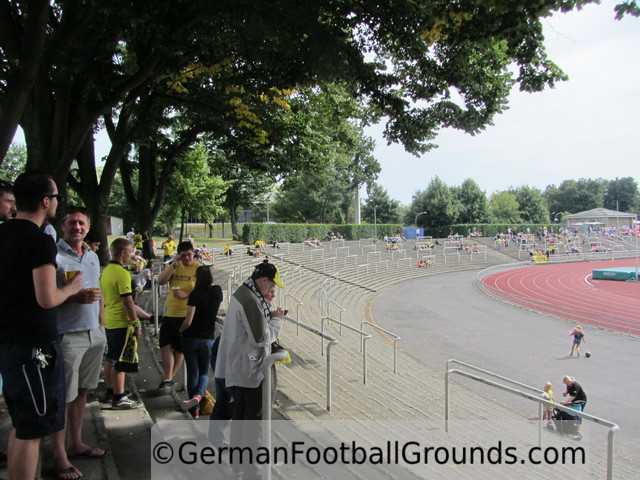 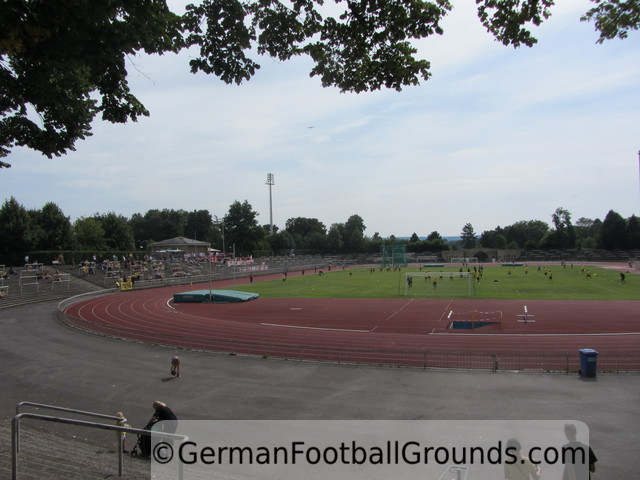 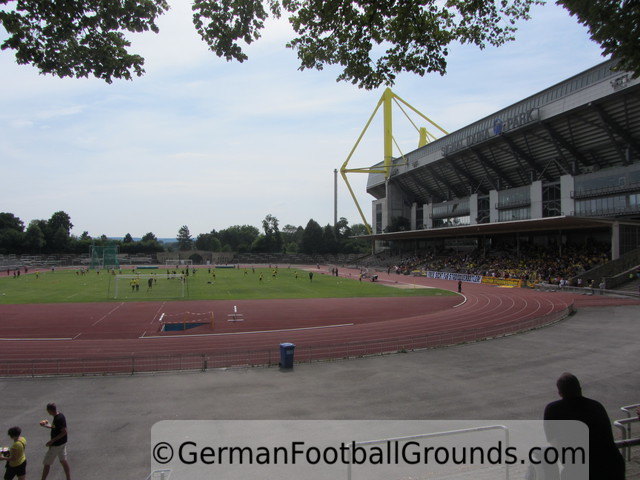 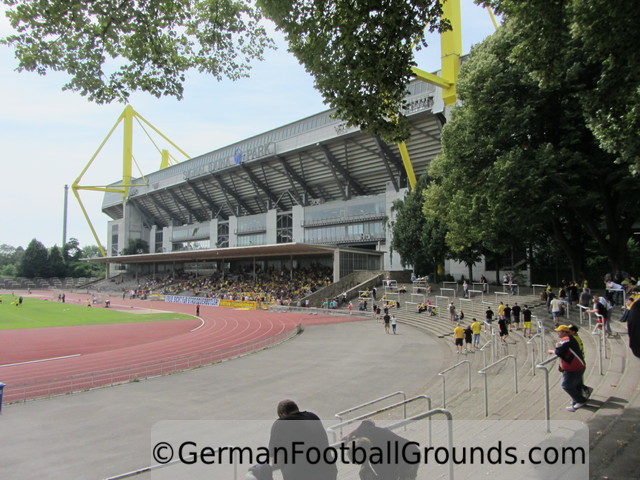 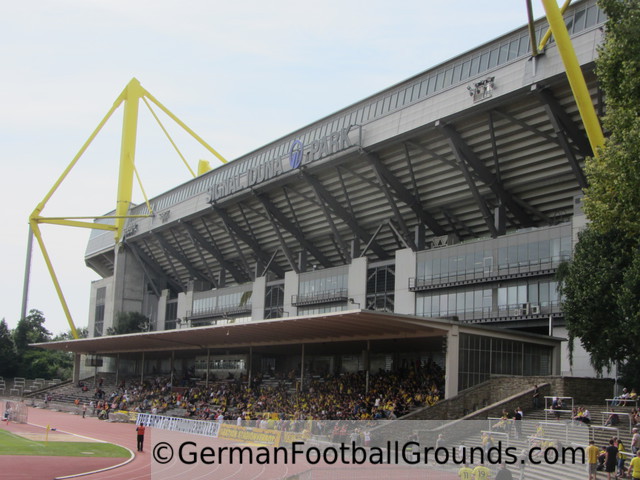 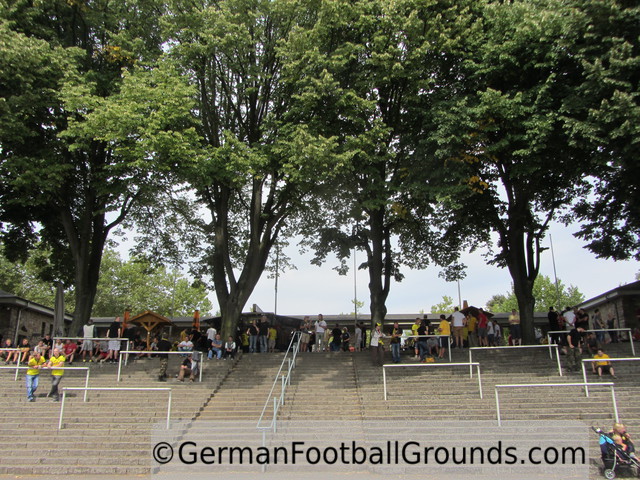 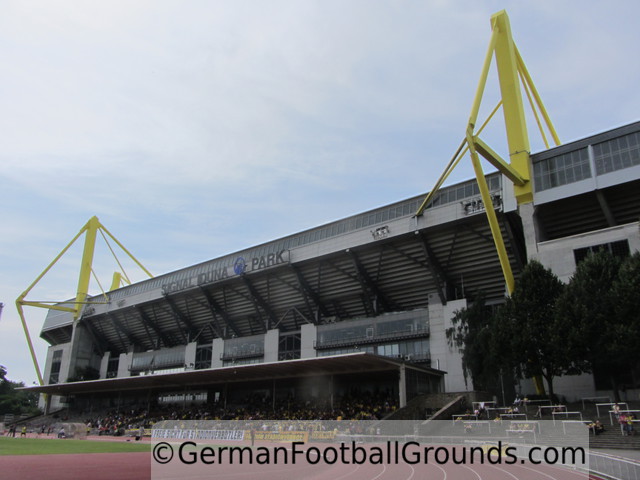 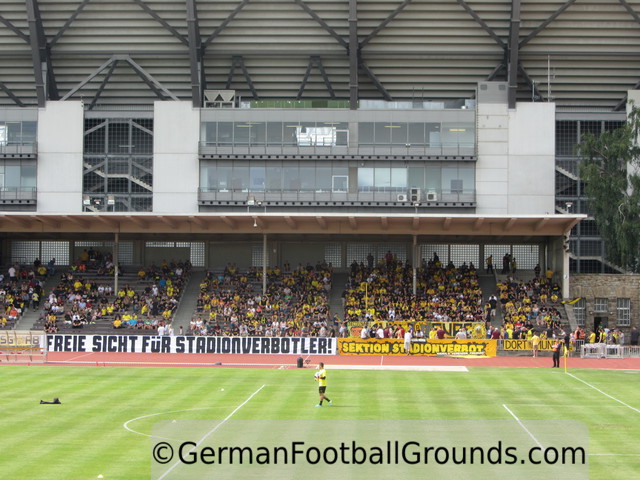 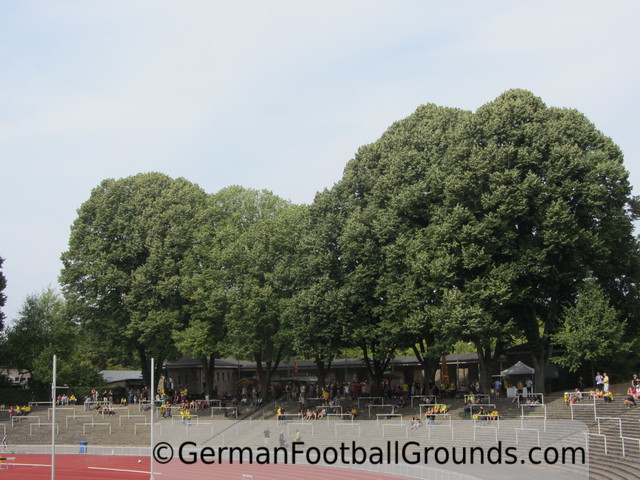 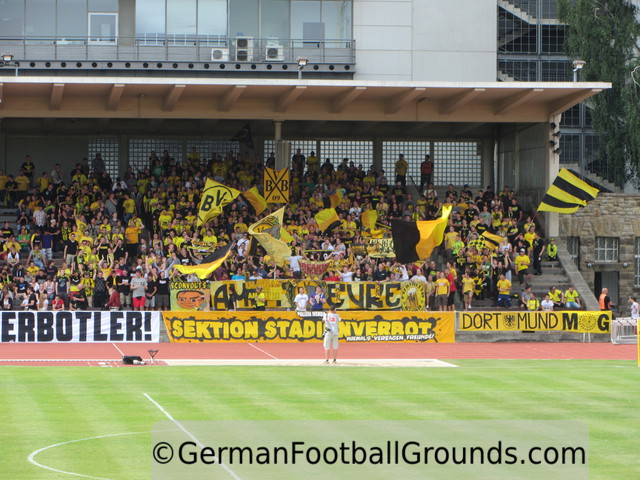