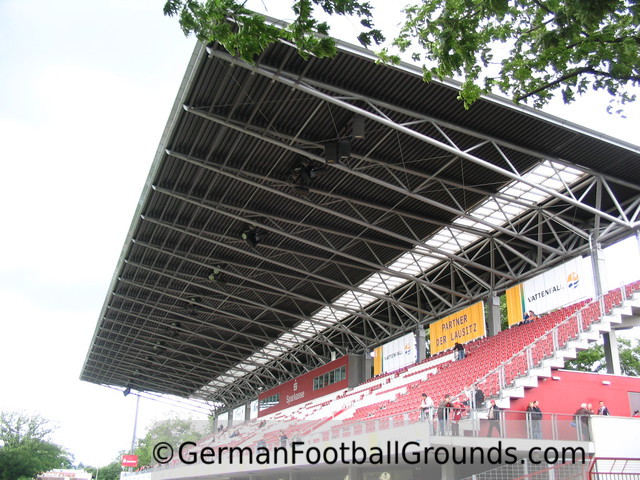 The Stadion der Freundschaft (translates to 'Stadium of Friendship') is a nice football stadium, especially since the old south curve was demolished and stand erected instead. It offers room for 22,528 spectators, with 10,949 covered seats. Of the 11,425 standing spaces, 7,795 are covered as well, the remainder is in the corners between the distinct stands is not covered, so maybe consider bringing an umbrella.

The dominating stand is the main stand, fully covered, which is quite high and two-tiered. Opposite the main stand is a smaller stand, which is also a covered all-seater stand, however only single-tiered. Behind the goals, in the north and south, are two stands comparable in size to the opposite main stand, however these stands are terraced. The main stand is the only cantilevered stand, on all other stands there are a couple of supporting pillars. The floodlights are partially integrated into the roof construction, however there are still four classical floodlights in the corners. All in all a quite tight ground.

If you come by car, the address of the Stadion der Freundschaft is "Am Eliaspark 1, 03042 Cottbus".

In my opinion, going to the stadium by public transportation is more of a hassle than just walking, as there are no stops directly at the stadium, regardless of tram or bus, thus you end up walking nearly as much as just walking the whole distance. Of course, this goes only if you come from the main station or the city centre, if your car is parked somewhere outside the city, public transportation might be your best option.

Exit the main station, walk to the left and take tram 3 from stop 'Stadtring/Hauptbahnhof' direction 'Sandow' and leave at the terminal station of the same name. The stadium is about half a mile away.

You can also take a bus from stop 'Hauptbahnhof/Parkplatz' directly outside the main station. Take bus 19 direction 'Branitz', for blocks A to J exit the bus at sto p'Georg-Schlesinger-Straße', for blocks U2 to Q leave at stop 'Vorpark'. Both stops are about half a mile away from the stadium.

Match tickets allow free travel to and from the stadium on match days using tram and bus.

The stadium is easily walkable from the main station, walking distance is about a mile and you should be able to reach it in fifteen minutes.

Directions do not come easier than these: exit the main station, turn left onto Stadtring and walk for about a mile and you will find yourself at the stadium.

These are normal ticket prices for matches in the 3. Liga, just for your orientation. Prices for seating tickets scale with the rows, the further in fron the cheaper the ticket.

Cottbus is kind of a football diaspora, as even when Cottbus was playing in the 1. Bundesliga the stadium was rarely sold out. During Cottbus' time in the 2. Bundesliga, the stadium basically did not sell out and attaendance was at about 50%. After the relegation to the 3. Liga after the 2013/14 season, the average attendance dropped by about 2,000 spectators and is currently at about 33%, so no worries in obtaining tickets.Tickets can be bought via Energie Cottbus' ticket shop.

If a game should be sold out you might of course still try your luck on Viagogo. 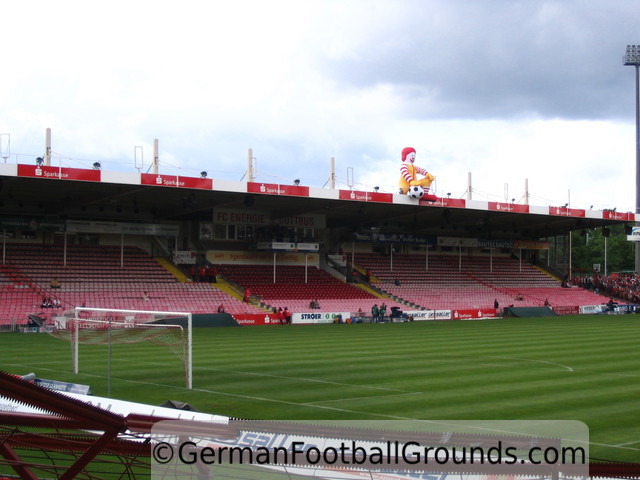 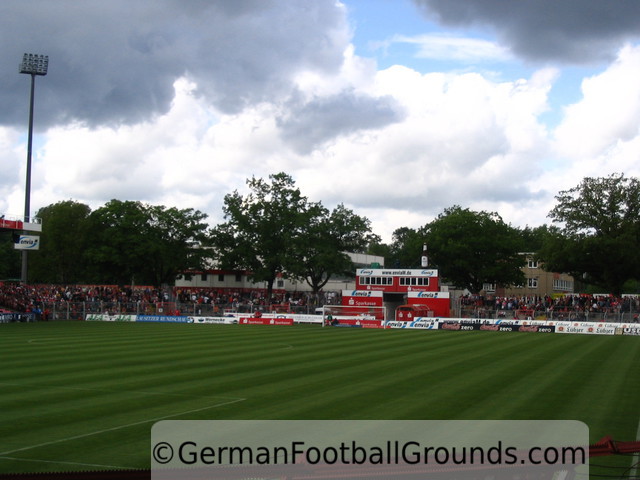 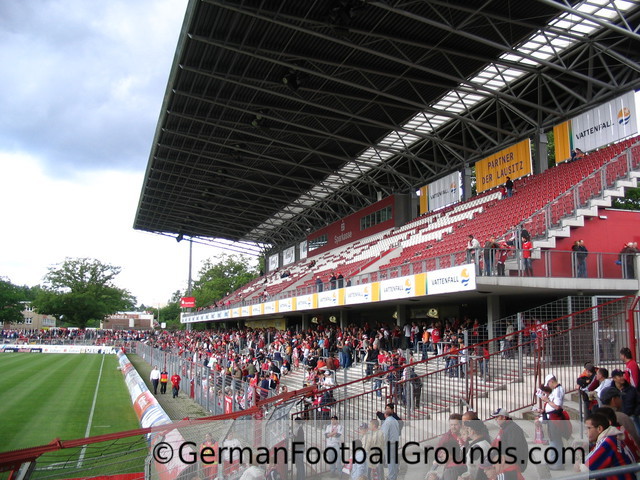