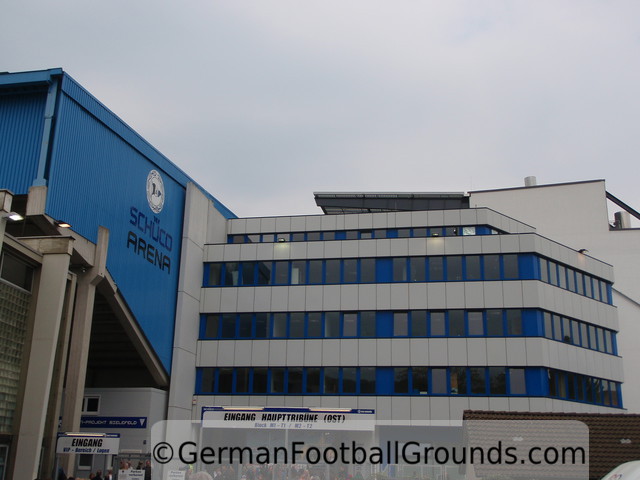 The SchücoArena is quite unusual for a German stadium in that it is located directly inside a residential area. Apart from that, it is well connected to the city centre, unlike other modern stadia.

The stadium may not be a beauty from the outside, but it is the inside that counts and the stadium is definitely worth a visit, not just because it is the fourth biggest stadium in the 3. Liga (after Dresden, Duisburg and Rostock), accomodating nearly 30,000 spectators, but because it is a nice, packed stadium that could as well be located in England. The east (main stand) stand is two-tiered, with executive boxes on the top, and stands on its own, although the corners to the north and south stand are closed. The rest of the stadium is single tiered and connected, from north stand over east to south stand. All stands are fully covered, in the north and south stand there are a couple of supporting pillars, although not on the west stand or the main stand. The south stand is terraced, another terraced section for visiting supporters is located in the north stand. The floodlights are quite onobstrusive and are mounted on the roof.

If you come by car, the address of the SchücoArena is "Melanchthonstraße 31a, 33615 Bielefeld".

There are no public parking spaces available directly at the stadium, although you might try to find a parking spot in the residential areas around the stadium, especially if you reach the area quite early.

The recommended parking garage is at the university (address: Universitätsstraße 25, 33615 Bielefeld), from there you best take the tram (lines 4 and 10) towards the city centre and exit the tram at the third stop, Rudolf-Oetker-Halle. If you are inclined to walk, just follow the tram tracks for about a mile.

The ground is easily walkable from the main station as the distance is only about a mile, which means you can easily reach the ground in around 20 minutes without a hurry.

Exit the main station and turn right. After around 250 yards, you will reach an intersection, turn right and head on below the railway as you note the aptly placed sign '1.317 m bis zur Schüco Arena' ('1,499 yards to Schüco Arena'). Head straight on, passing under a huge road bridge. After about 750 yards, turn left into Melanchthonstraße and follow the road for 600 yards. As you reach a small roundabout, you can find the stadium to your right hand side.

Note: Match tickets allow the usage of tram and bus for the journey to and from the ground on match days.

Tickets can be obtained via Arminia Bielefelds' online ticket shop.

With room for more than 26,000 spectators, the ground is more than adequate for the 3. Liga and also if Bielefeld is playing in a higher division. When Bielefeld was playing in the 1. Bundesliga, the stadium was sold out a couple of times per season, in the 3. Liga this is the case maybe once per season.

Tickets can be obtained via Arminia Bielefelds' online ticket shop. 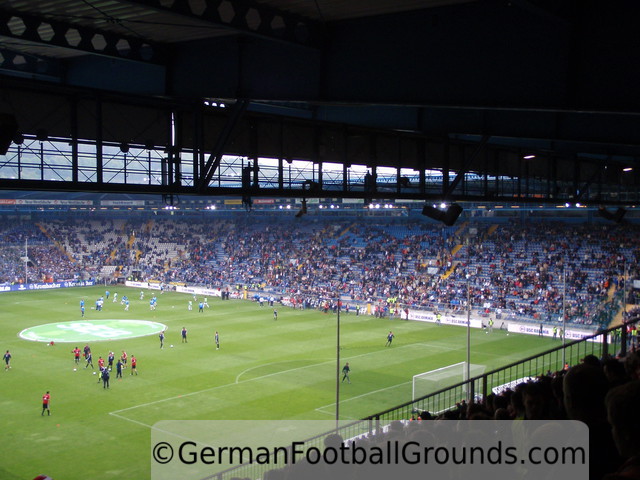 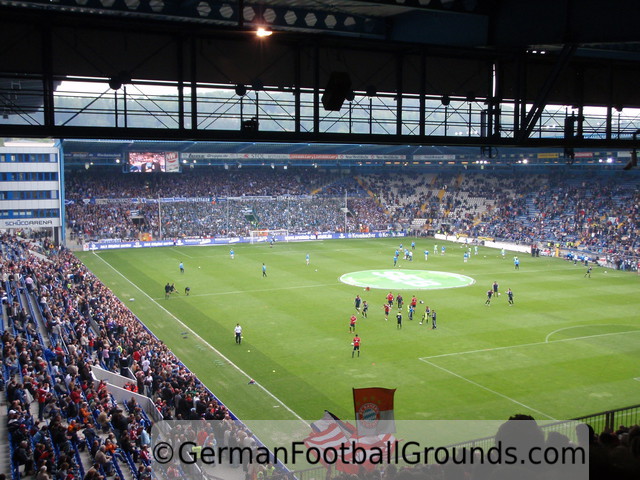 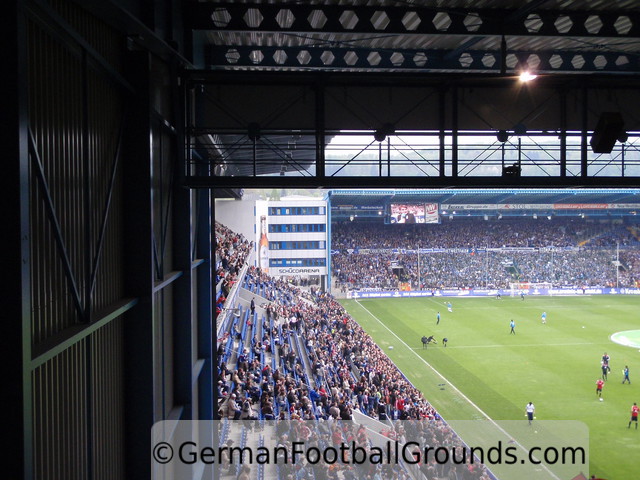