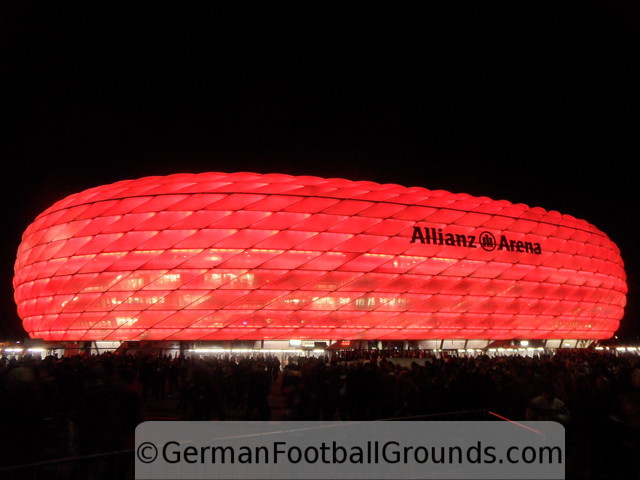 The Allianz-Arena, named after insurance giant Allianz, is the home of Bayern München. Construction was started in October 2002 and finished in May 2005. Since then, the stadium has been host to home games of Bayern München and 1860 München as well as to internationals, games for the World Cup 2006 and the Champions League final 2012. After an extension, the stadium can acommodate 71,437 spectators (67,812 for international matches).

The stadium looks quite interesting from the outside, it reminds one of an inflatable boat. This is actually not too far off, as the facade is made up of 2,874 foil air panels. During the day, these appear white, during night they can be lit in different colors, the usual are red for Bayern München matches and white for German international matches. During the 2012 Champions League final, a special blue-green illumination was shown. During night time, the stadium is thus quite a sight to see.

The inside is as impressive as the outside, as the stadium's three tiers are quite steep and thus the spectators are packed close to the pitch. Because of this steepness, even on top of the third tier it doesn't feel that far away from the pitch. The cantilever roof means there are no obstructions to the view, thus giving an excellent view from all places, high or low.

The home of the Bayern supporters is the 'Südkurve' in the lower tier in the south of the stadium. There is another standing section in the north, aptly named 'Nordkurve', but the hardcore Bayern fans are located in the south. The rest of the stadium are seating places, except for the visiting supporters area, which is situated in the upper tier, blocks 340 to 347 and, depending on the amount of requested tickets, also in the middle tier block 242.

If you come by car, the address of the Allianz Arena is "Werner-Heisenberg-Allee 25, 80939 München, Deutschland".

Not obvious, but there is car park with 9,800 parking spaces situated below the esplanade between Fröttmaning station in the south and the stadium, although it has two drawbacks: firstly, it is priced quite steeply at 10 € (8.50 GBP) per day and, secondly, it can take a long time to get out of the car park after the game if do you not want to leave 10 minutes before the final whistle.

I recommend heading to a 'Park and Ride' parking lot instead, a map of which can be found on this page. The parking fees are quite low, at most 1.50 € (1,30 GBP), and they are located close to public transportation. I can personally recommend the one directly north to the arena, in Garching (map). You can even try to find a free parking space in the industrial area there. From there, you are just one stop to the north of the Arena, so take a U6 train south, direction 'Klinkum Großhadern' and don't forget to get a ticket for the train. As most of the visitors tend to head south from the stadium after the game, you have the advantagte of getting north much faster as well. Keep in mind, though, that the walk from Fröttmaning station to the stadium can easily take up 15 minutes or more.

If you arrive at the main station, take any S-Bahn east to Marienplatz. There, switch to the U6, direction 'Garching Forschungszentrum' and exit at the station 'Fröttmaning', marked by a football sign as well. From Marienplatz, the trip takes 15 minutes and the fee is 2,60 € one-way. Unfortunately, Bayern's tickets do not include the public transportation, so be sure to get a ticket for the trip to the stadium!

From Fröttmaning, you can already see the stadium, so follow the sign or the masses, both should take you to the stadium. Do not underestimate the walk from the station, it may be around a mile from Fröttmaning station to the stadium and your seat, though it is a bit shorter if you're seated in the south.

As the stadium is about 7 miles away from the main station, I definitely recommend using public transportation. If you are inclined to walk, have a look at the route via Google Maps.

These are normal ticket prices for Bundesliga matches, just for your orientation. Top games have slighty higher prices, Champions League matches yet higher and prices are of course subject to change.

Since the Allianz Arena has opened, only a couple of games have not been sold out. In fact, the last Bundesliga game not having been sold out dates back to January 30th, 2007, a home game against VfL Bochum only drew around 64,000 spectators to the arena. Since then, more than 200 consectuive Bundesliga home games later, every last one has been sold out. In the Champions' League, you might get lucky and find a game which is not sold out, as well as in the German cup, the DFB-Pokal.

The chance for a general sale are usually slim to non-existent and even as a member you can mostly only apply for tickets, you cannot actually buy them. For some less requested games you might get tickets via the general sale, so watch the home page closely, mostly, however, you will have to be a club member to get tickets. 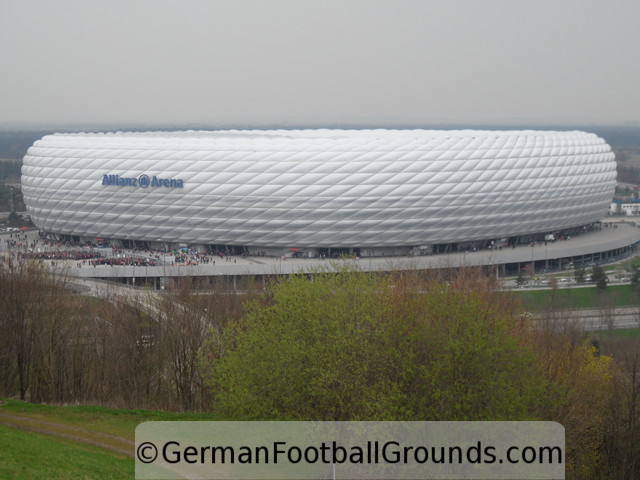 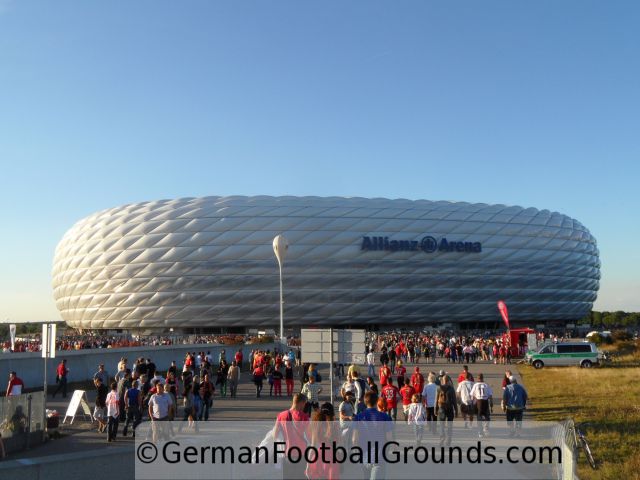 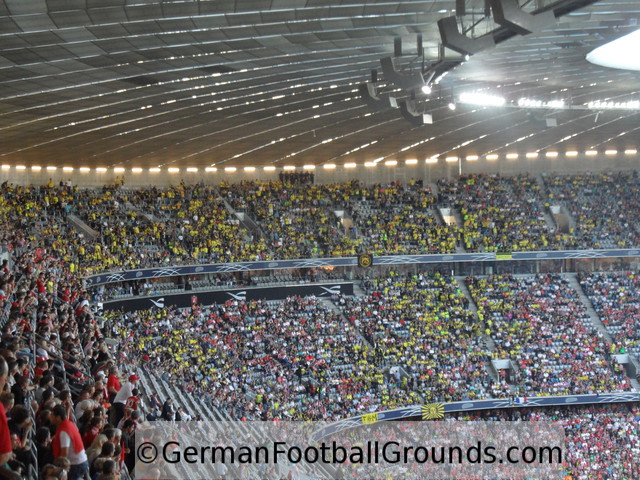 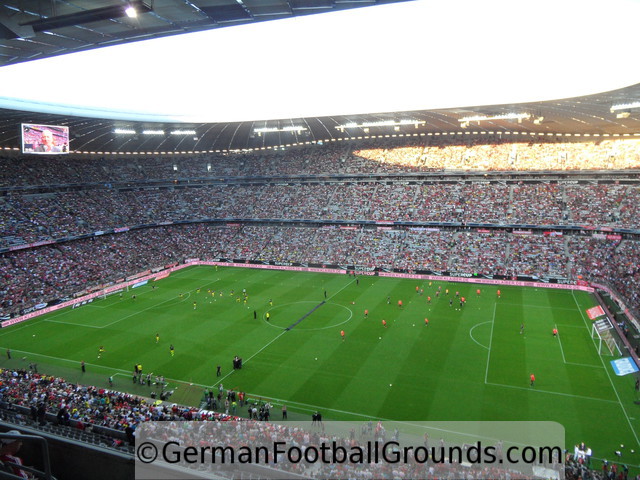 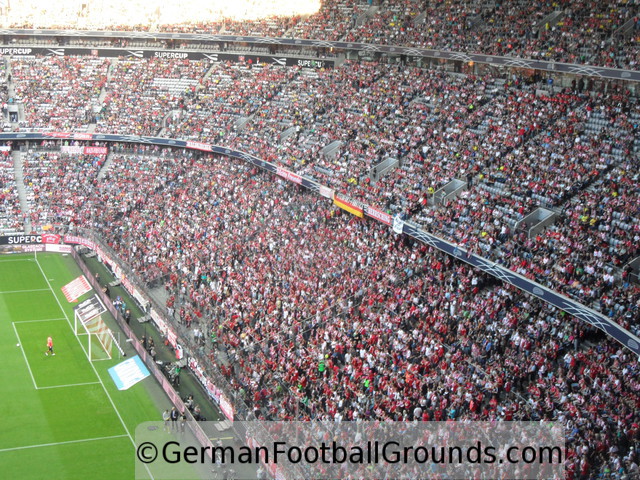 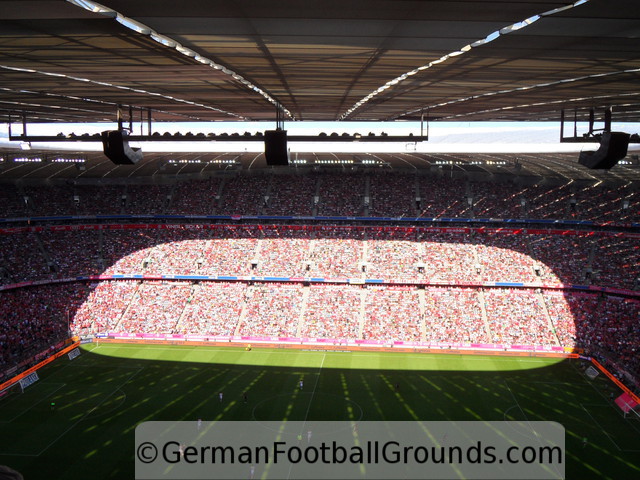 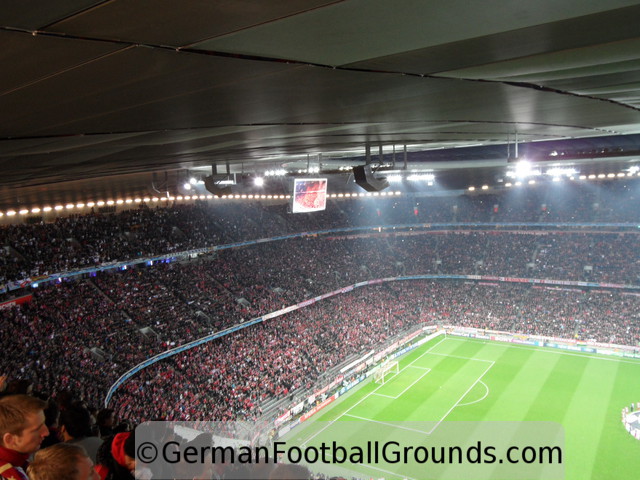 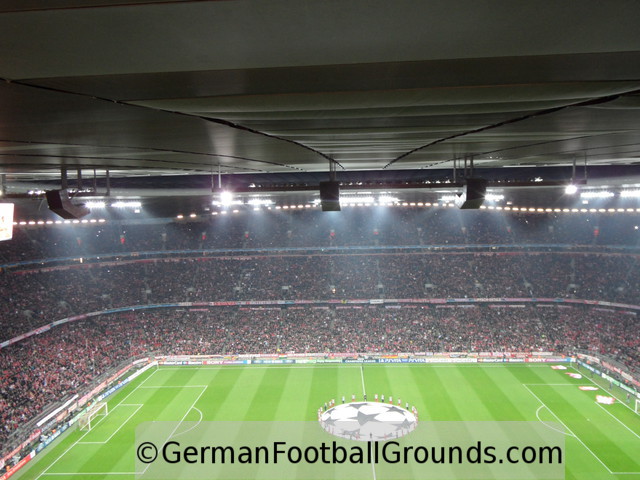 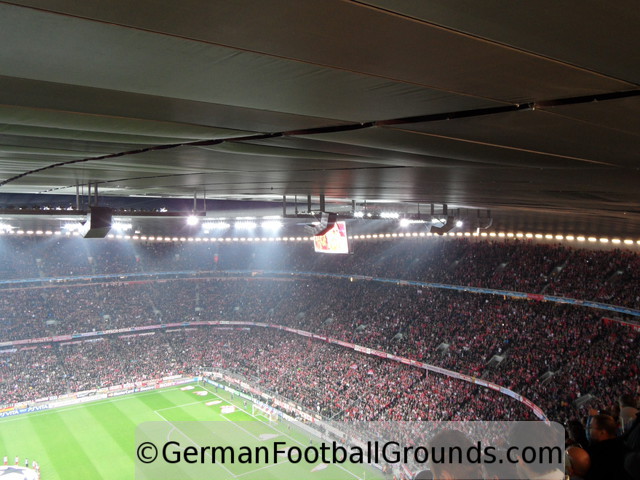