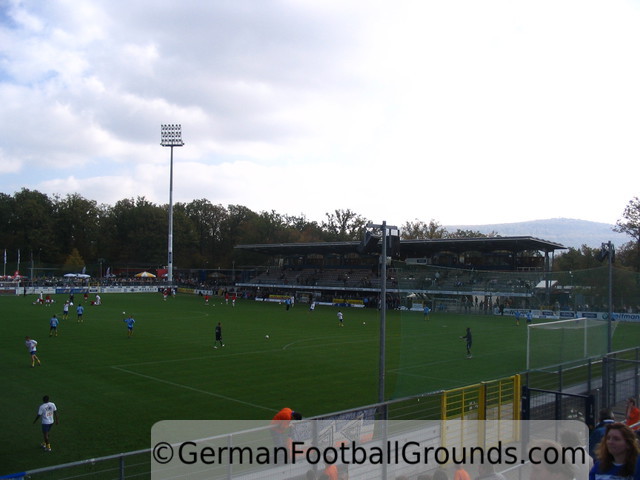 The Scholz-Arena is situated picturesquely located in a forest in the northwestern part of Aalen, which explains the previous name of "Städtisches Waldstadion". It is a compact ground with four single stands and classical floodlights in each corner of the ground. The fully covered main stand, on the south side, is quite small and only runs along a fraction of the long side of the pitch. There is no seating down low but a couple of standing spaces, the first row of seats is located about two meters above ground, just like it was at the old main stand at Stuttgarter Kickers's GAZi-Stadion auf der Waldau. Opposite the main stand is the largest stand, running the full long side of the pitch. This stand is fully covered as well. Both stands on the pitch's long sides are all seaters. On the east side is a small, covered terrace, on the west side a larger, though uncovered, terrace.

Aalen's supporters are located in the terrace on the east side (blocks T, V and U), visitors are located in northwestern corner of the stadium: block H on the west stand (terrace) and in block I on the the opposite main stand (seats).

There are no parking spaces available directly at the stadium, the recommended parking lot is at the Ulrich-Pfeifle-Halle, Parkstraße 15, 73430 Aalen (Google Maps). From there, the stadium is located about half a mile to the west.

Note that public transportation is not included in match tickets!

The stadium is easily reachable by foot, but the bus is quicker as the travel time from the main station is only about 5 minutes. Howeve, be carfuel to check the timetable on www.ova.de as the bus runs quite infrequently on weekends. From the main station, take bus 42, direction Essingen-Unterrombach-Forst till stop Rombacher Straße which should be the sixth stop. The price for a single trip is 1.90 € %>.

The Scholz-Arena is easily reachable by foot, the walk from the main station is not much longer than a mile.

Leave the main station and head slightly to your left, onto L1029/Nördlicher Stadtgraben. Follow the road about 400 yards until you reach a t-junction, turn left and then take the second right onto Friedhofstraße. Follow Friedhofstraße, which later turns into Rombacher Straße, for just under a mile until you reach the stadium (Stadionweg) to your right.

Tickets can be obtained via VfR Aalen's online ticket shop.

The Scholz-Arena is one of the smaller grounds in German professional football but as VfR Aalen does not draw huge crowds, this should not bother you. In general do not expect any problems in procuring a ticket.

Tickets can be obtained in advance via VfR Aalen's online ticket shop. 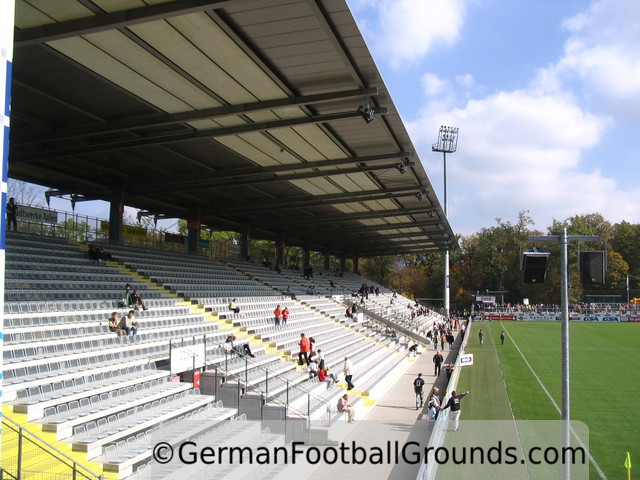 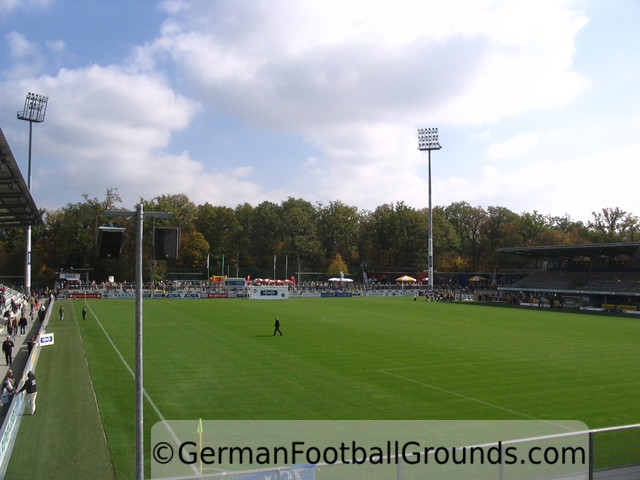 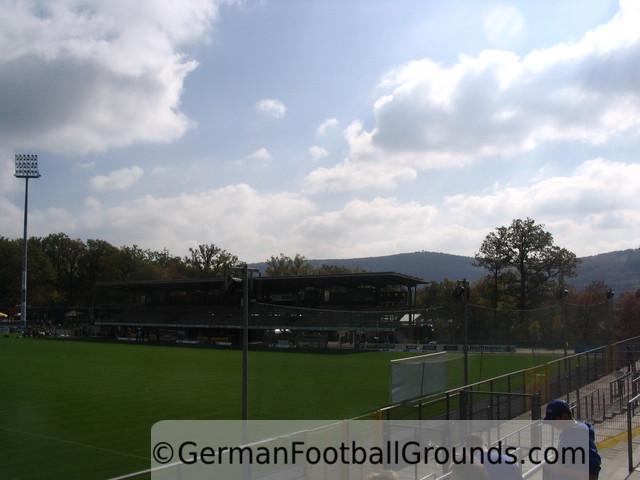